Few outside of Australia had heard of Meaalofa Te’o before he travelled from his home in Dandenong, Victoria, to Canberra for an under nine’s rugby league grand final. Then, in 2017, he became an overnight worldwide social-media sensation after footage from the tournament was uploaded to the internet.

Rarely, if ever, has on-field dominance been seen like that possessed by the massive Meaalofa. His runs bring to mind a bowling ball effortlessly dispatching pins as it rolls down the lane. Opposing players don’t just fail to tackle the youngster, they either bounce off him like rag dolls or are unceremoniously flattened. 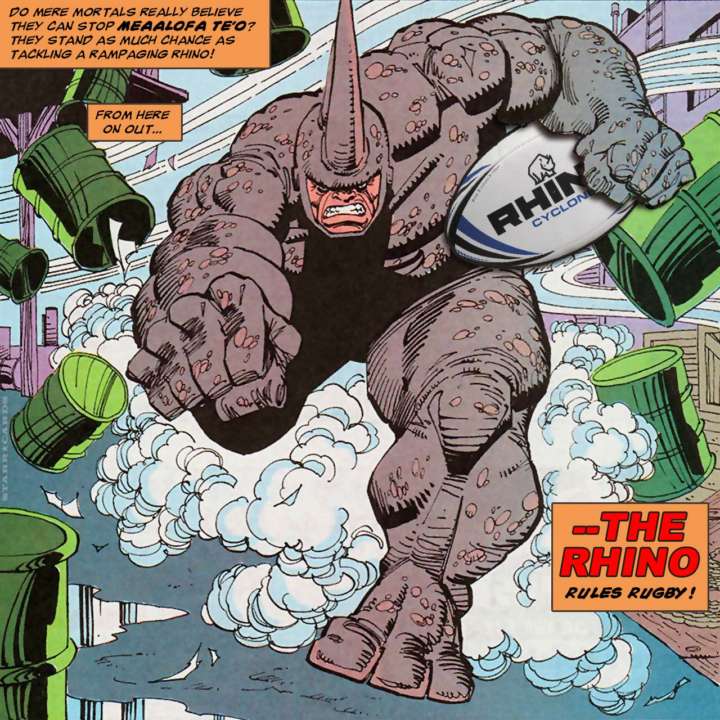 If any character from the Marvel Comics pantheon comes close to approximating Meaalofa’s superpower, it would be the rampaging Rhino, who first appeared in The Amazing Spider-Man #41 (October 1966).