The 2018 FIFA World Cup has entered its one-and-done phase as losers are unceremoniously sent packing from Russia back to their respective homelands. Before the Round of 16 got underway, the biggest surprise of the tournament thus far was Germany’s failure to make it out of the group stage. 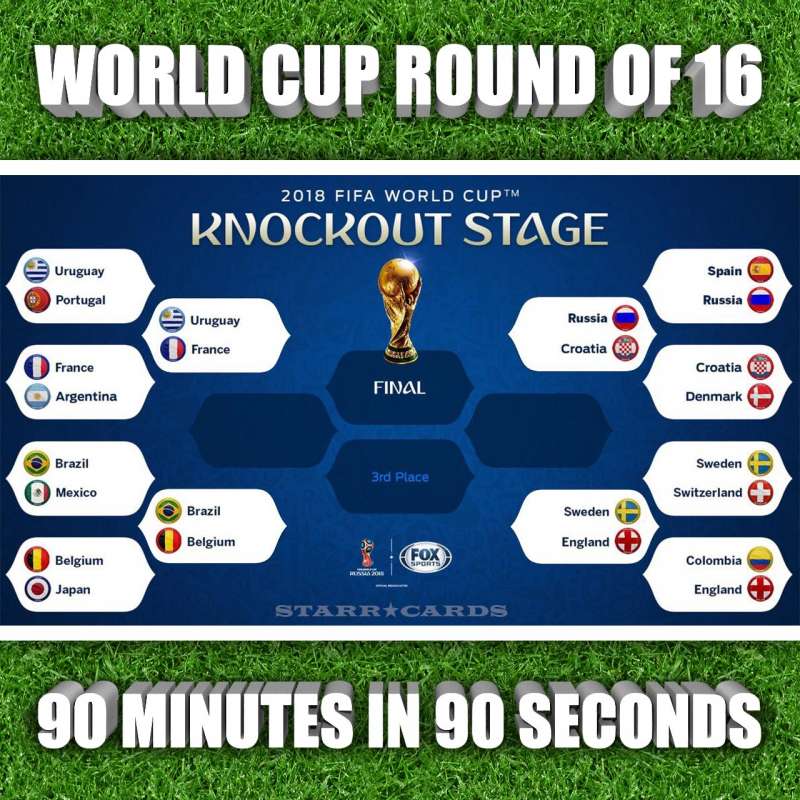 Colombia tied the game up in the final moments of regulation, then went up briefly during penalty shots, before England prevailed.

Sweden reached the World Cup quarterfinals for the first time since 1994 on a shot by Emil Forsberg that deflected off the boot of the defender and over the goalie’s outstretched arms.

After a scoreless first half, Japan shocked World Cup watchers by going up 2-0 versus Belgium. The Red Devils managed to maintain their composure to tie the game, then with time running out in stoppage time to punch in the winner.

Brazil advanced after Neymar scored and assisted in a 2-0 win over a Mexico side that hasn’t played a fifth game at the World Cup since they played host in 1986.