If you’ve ever ridden a shopping cart like an unwieldy scooter to get to your car in the parking lot, then you’ve tasted a small bit of the thrill that is shopping cart racing.

Murray Siple’s feature-length documentary Carts of Darkness follows a group of homeless men who have combined bottle recycling with the extreme sport of shopping cart racing.

Shot in North Vancouver, Siple’s film captures unprotected, hair-rising rumbles down the steep hills of North Vancouver. Siple’s immersion in the subculture allows his depiction of street life to move beyond the stereotypes portrayed in traditional media. 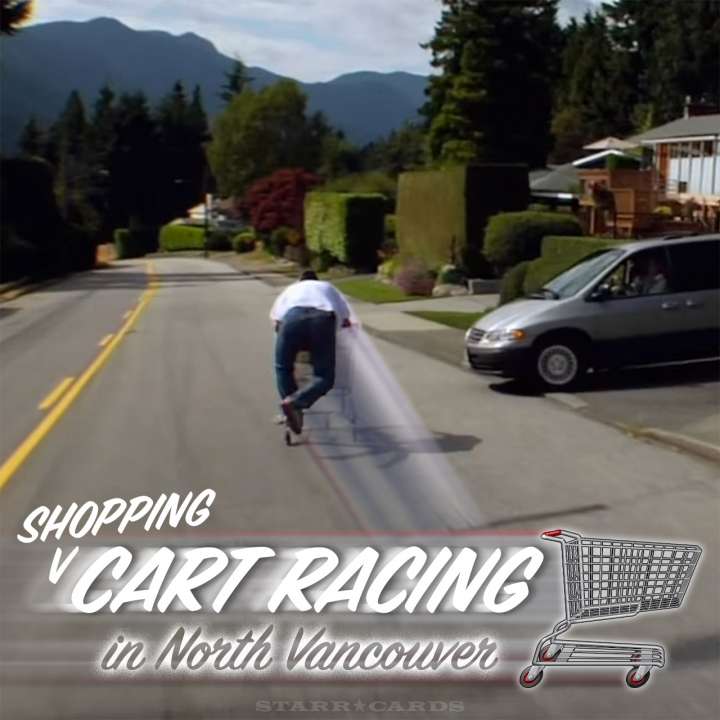 ''My name's Al, and I will go down Mountain Highway... screaming down. I will do 67 kilometers per hour.''

The film takes a deep look into the lives of the men who race carts, the adversity they face, and the appeal of cart racing despite the risk. Shot in high-definition, the documentary’s soundtrack features songs from Black Mountain, Ladyhawk, Vetiver, Bison, and Alan Boyd of Little Sparta.

For a less white-knuckled version of shopping cart racing, there is the sport’s world championships held in Northamptonshire, England. Here, one person rides inside the cart, while three teammates push them along a relatively flat track.