Patty Jenkins’ Wonder Woman was a hit with critics and moviegoers alike, raking in more than $800 million in worldwide receipts at the box office. The striking appearance of Israeli actress-model Gal Gadot — who plays the titular character — sparked interest in what kind of workout regimen she followed to prepare for the role, and Conan O’Brien aimed to find out…

O’Brien invited the 5-foot-10 Gadot and her trainer to a studio warehouse to demonstrate what it takes to become such a wondrous woman. The talkshow host had trouble keeping up with Gadot, who has considerable experience in the martial arts. Not only was she a combat instructor in the Israel Defense Forces, but she also performed all her own stunts when starring as Gisele in Fast & Furious. For her Wonder Woman role, she also received training in kickboxing, capoeira, Brazilian jiu-jitsu, kung fu and swordsmanship. 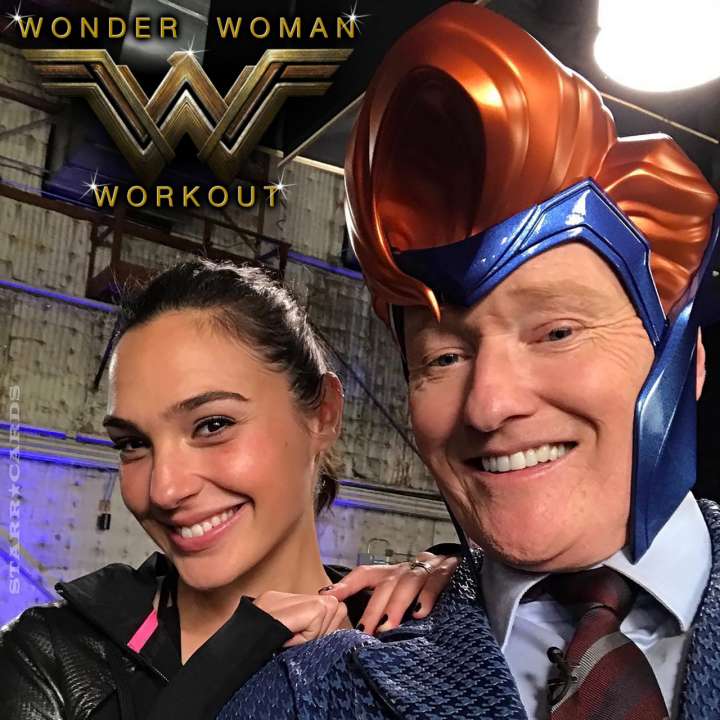 In the end, Conan was transformed into a strange, super-heroic version of himself courtesy a wardrobe change that had him don a padded suit and plastic cowlick.

In the behind the scenes video, we learn both that the studio in which the workout was shot was home to the long-running medical drama ER, and that Gadot’s plastic sword has a button-triggered sound effect of a dog barking.

While DC’s Justice League, which again features Gadot as Wonder Woman, hasn’t enjoyed the same popularity as the picture she headlined, she continues to flash moves that would make an MMA coach proud.