Academy Award winning Crouching Tiger, Hidden Dragon popularized surreal high-flying martial arts, but the actors’ elevation boost was achieved through harnesses that were edited out in postproduction. The Kukkiwon Taekwondo Demonstration Team uses no such trickery…

South Korea’s annual World Taekwondo Hanmadang festival brings practitioners together from around the world to revitalize the martial art and highlight its place in Korean culture. This year’s opening ceremony took things to a jaw-dropping new level as the demonstration team performed board-breaking kicks at unreal heights. An edited portion of the event was posted to Facebook on Korean DramAmazing’s page where it racked up more than 30 million views in the matter of a few days. 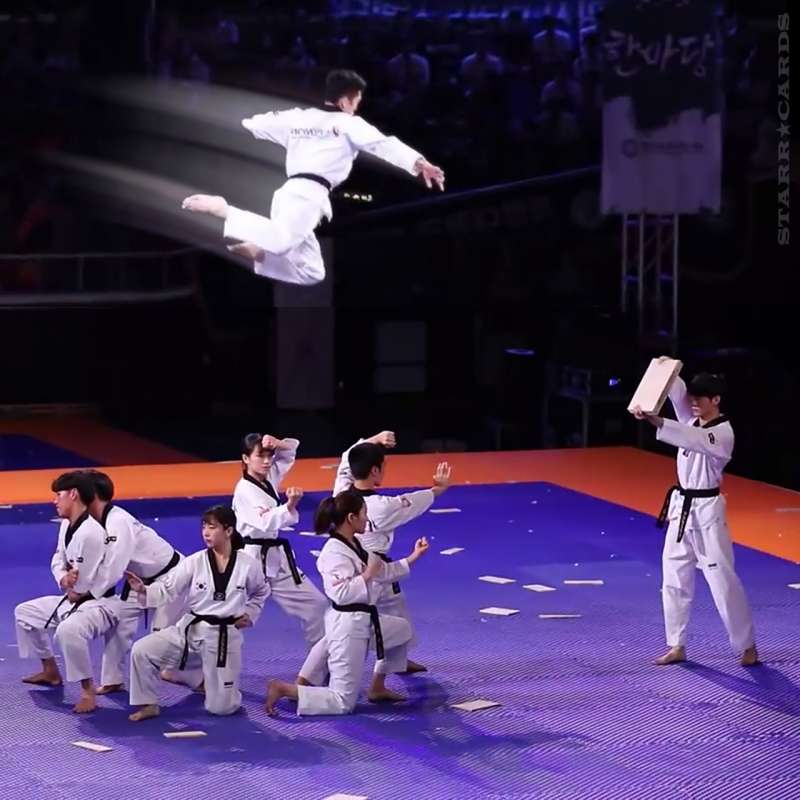 The key to Kukkiwon’s super-sized jumps, in addition to elite athleticism, is having teammates provide human ramps and power boosts to rarefied heights. The impact of landings from these lofty leaps is moderated both by technique and mats.

CRUSHING IT IN CANADA

A year ago, the Kukkiwon team showcased their taekwondo skills on the steps of Parliament Buildings in Victoria, British Columbia, Canada. The 20-minute demo including a segment wherein a blindfolded master fended off four attackers. Lest you are inclined to believe the boards used in these spectacles are readily snapped, check out the boys in the audience at the 24-minute mark.