In the realm of urban climbing (or buildering), there is no more tantalizing target than a skyscraper in the latter stages of construction. When that same building is about to take its place among the world’s highest, it proves irresistible.

In 2014, Ukrainian adventure-seeker Vitaliy Raskalov and a companion flew to Shanghai, China, to surreptitiously climb Shanghai Tower prior to its completion. Not content to just reach the top floor, the pair ventured out to stand on the very tip of one of the steeply-inclined giant cranes perched atop the towering structure. 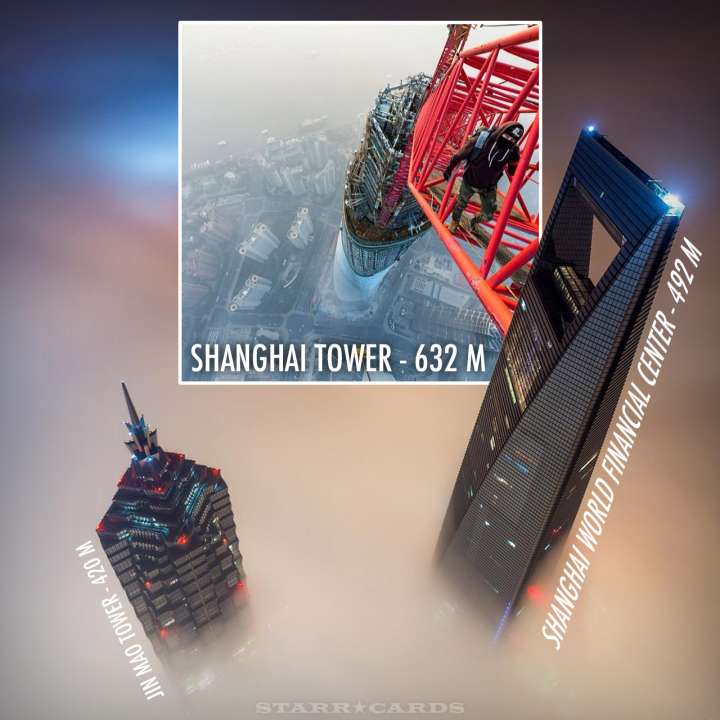 Images from the climb are simultaneously thrilling and terrifying. As captured from the top of Shanghai Tower, neighboring skyscrapers appear like giant fingers poking through the cloud-like smog.

Raskalov, himself — clinging to the side of Shanghai Tower — looks like a posed action figure. 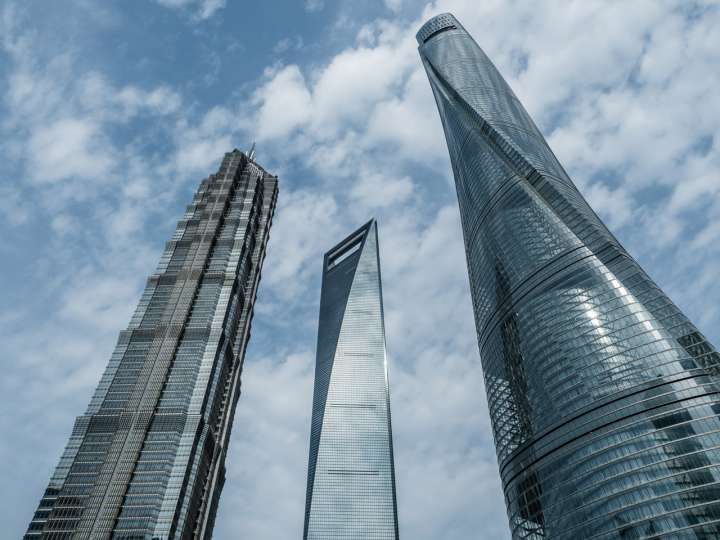 At 2,073-feet (632 m) in height, the 128-story Shanghai Tower is the tallest of three adjacent megatall skyscrapers in the center of Shanghai’s financial district — the other two being the Jin Mao Tower (420.5 m) and the Shanghai World Financial Center (492 m). 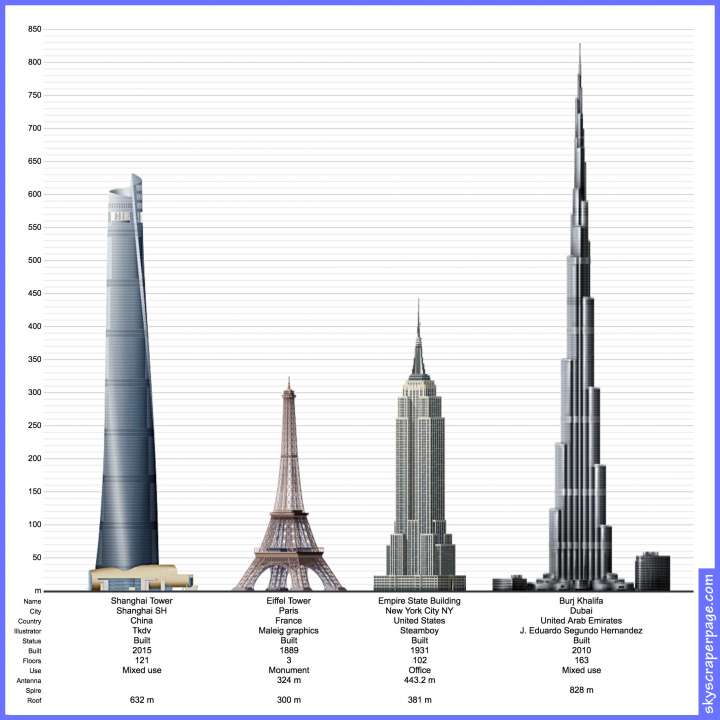 Completed in 2015, Shanghai Tower is currently the world’s second-tallest building by height to architectural top, trailing only Dubai’s Burj Khalifa. It has the world’s highest observation deck within a building (561.5 m) and the world’s fastest elevators which reach a speed of 46 mph (74 kph).