With a wholly-lackluster rating of 1% on Rotten Tomatoes, it’s unlikely Columbia Pictures will ever order a sequel to Dana Carvey’s The Master of Disguise, but if they do, they might want to consider casting NHL defenseman Kevin Bieksa.

While he was playing for the Anaheim Ducks, Bieksa posed as “Mitch the security guard” to give his unwitting teammates a taste of extreme vetting before they were allowed to enter the Honda Center. 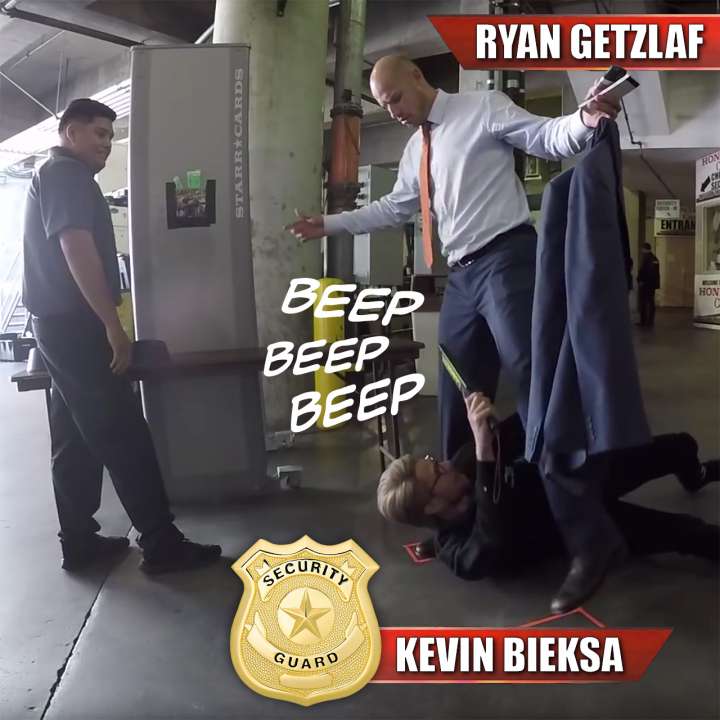 Bieksa’s first victim, Ducks captain Ryan Getzlaf, became both confused and irritated when given a particularly close inspection from below.

A year earlier, during a preseason game, Bieksa went in disguise as a mustachioed Honda Center ice crew member. He succeeded in irritating fellow Ducks and Phoenix Coyotes players alike and wasn’t unmasked until getting handsy with goaltender John Gibson during a postgame photoshoot.

Bieksa can also do a pretty mean impression of a UFC fighter, as he demonstrated by knocking down Philadelphia Flyers defenseman Radko Gudas with a single superman punch.