Fear of heights and fear of flying both make the top-ten list of the public’s phobias, so it’s safe to bet skydiving would also rank highly if it were offered as an explicit option in the survey. One can further surmise that the fear of jumping from a plane without a parachute would supplant the fear of public speaking for the top spot.

SKYDIVING WITHOUT A PARACHUTE 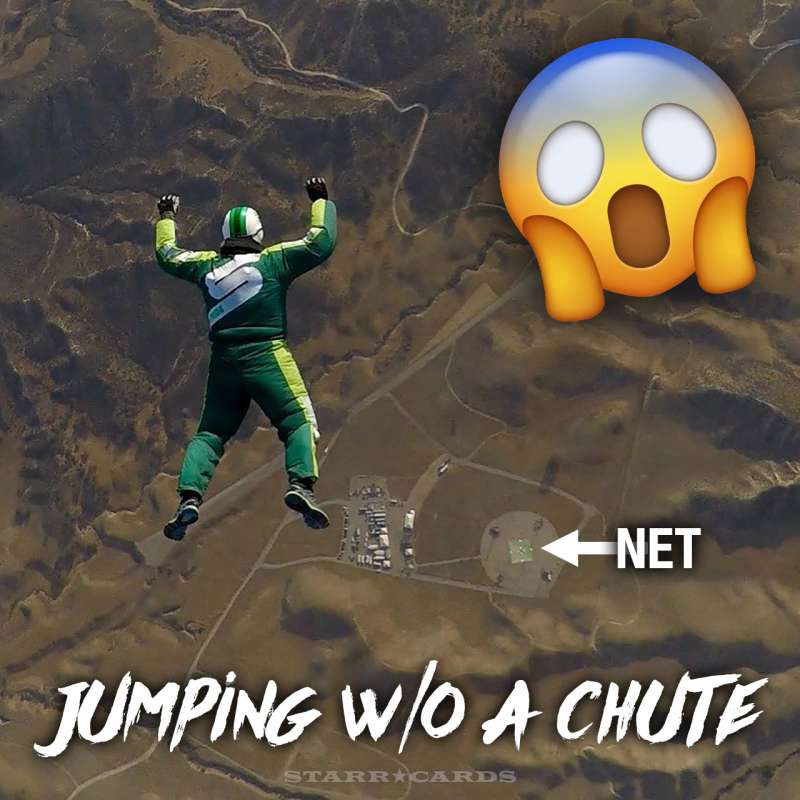 ''I'm almost levitating, it's incredible. The thing that just happened. The words I want to say I can't even get out of my mouth.''

The two-minute jump, performed over Simi Valley, California, was broadcast live and culminated with Aikens rolling out of the net to embrace his wife. Aiken’s “Heaven Sent” stunt earned him the Guinness World Records recognition for Highest Skydive Without a Parachute.

A year earlier, Finnish stuntman Antti Pendikainen shed his parachute (and shirt) before leaping from a high-altitude hot-air balloon. One of his fellow skydivers — wearing a chute — tracked him down midair and clipped into his belt to deliver the pair safely to the ground.