In 2017, Olympian Nile Wilson hosted a gymnastics challenge with fellow Brits Jay Thompson and Brinn Bevan that has gone on to garner more than 6.5 million views on YouTube.

The rules for the challenge were simple: for each discipline the winner would earn 2 points, the runner up would get 1 point, and the loser be awarded a goose egg. 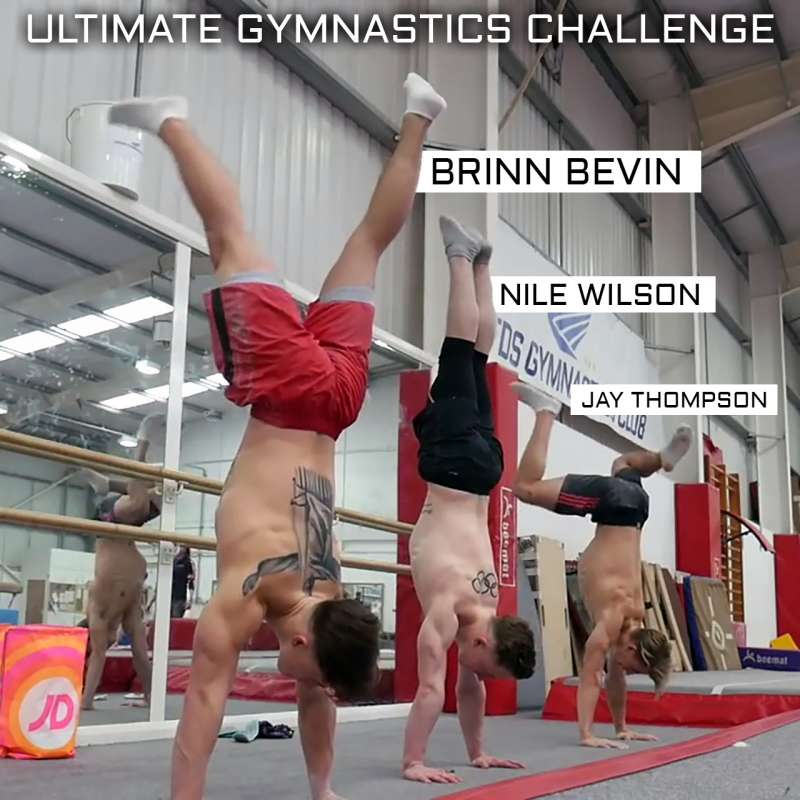 Point wise the final tally Bevan with 10 for the win, Wilson with 8 and Thompson with 5.

Despite finishing runner up in his own gymnastic challenge, Wilson has been enjoying great success on the world stage.

Next up for Wilson is April’s Commonwealth Games in Australia after picking up three golds and a bronze at the 2018 Artistic Gymnastics British Championships. At the same competition, Bevan collected a gold in the All-Around and three bronze medals.