Pillow Fight: Softest of martial arts spills out of bedrooms and into the streets

Pillow Fight: Softest of martial arts spills out of bedrooms and into the streets

While there is plenty of debate which of the myriad martial arts is the hardest (e.g. Brazilian Jiu Jitsu, Wing Chung Kung Fu, Krav Maga or Count Dante’s Dim Mak), there is no doubt about which is the softest: the pillow fight. 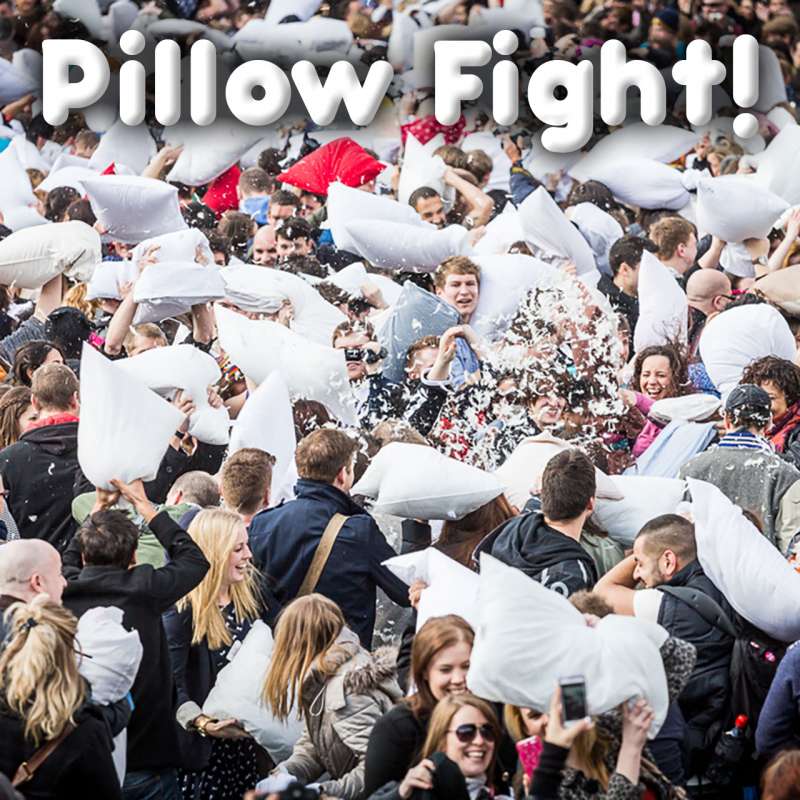 Of late, pillow fighting has been grown in popularity to the extent it has spilled out of the bedrooms, onto school campuses and city streets. The cushy contretemps even has a day named in its honor and a hit song from Galantis.

Almost every child who has ever had to share a bedroom with a sibling is drawn into their first pillow fight from an early age. Skills with multiple adversaries are mastered at sleepovers and summer camps.

Sometimes the whole family can be drawn into a pillow fight — even the not-yet born. To celebrate hitting 500,000 subscribers, YouTube vlogger Sam and his very-pregnant Nia engaged in the epic fluffy battle with their young son and daughter.

Even Hollywood has chronicled the plush pugilism of pillow fighting. Movies like Annie, Little Nicky, The Hot Chick, Animal House and the cult-classic The Room have all included scenes with feathers flying.

Pillow fight pranks, wherein strangers are drawn into battles after being handed a pillow, abound on YouTube, with one of the most popular offerings courtesy Zaid Ali. In 2013, the Pakistani-Canadian vlogger took a pair of pillows on his college campus during exam week and mixed it up with fellow students and even a security officer.

The San Francisco Bay Area is host to not one, but two public pillow fights every Valentine’s Day. The largest of these occurs at Justin Herman Plaza where strangers run Braveheart-like at one another to lovingly pummel each other until the whistle blows. Fifty miles south, San Jose also plays host to a public fracas at the Civic Center. 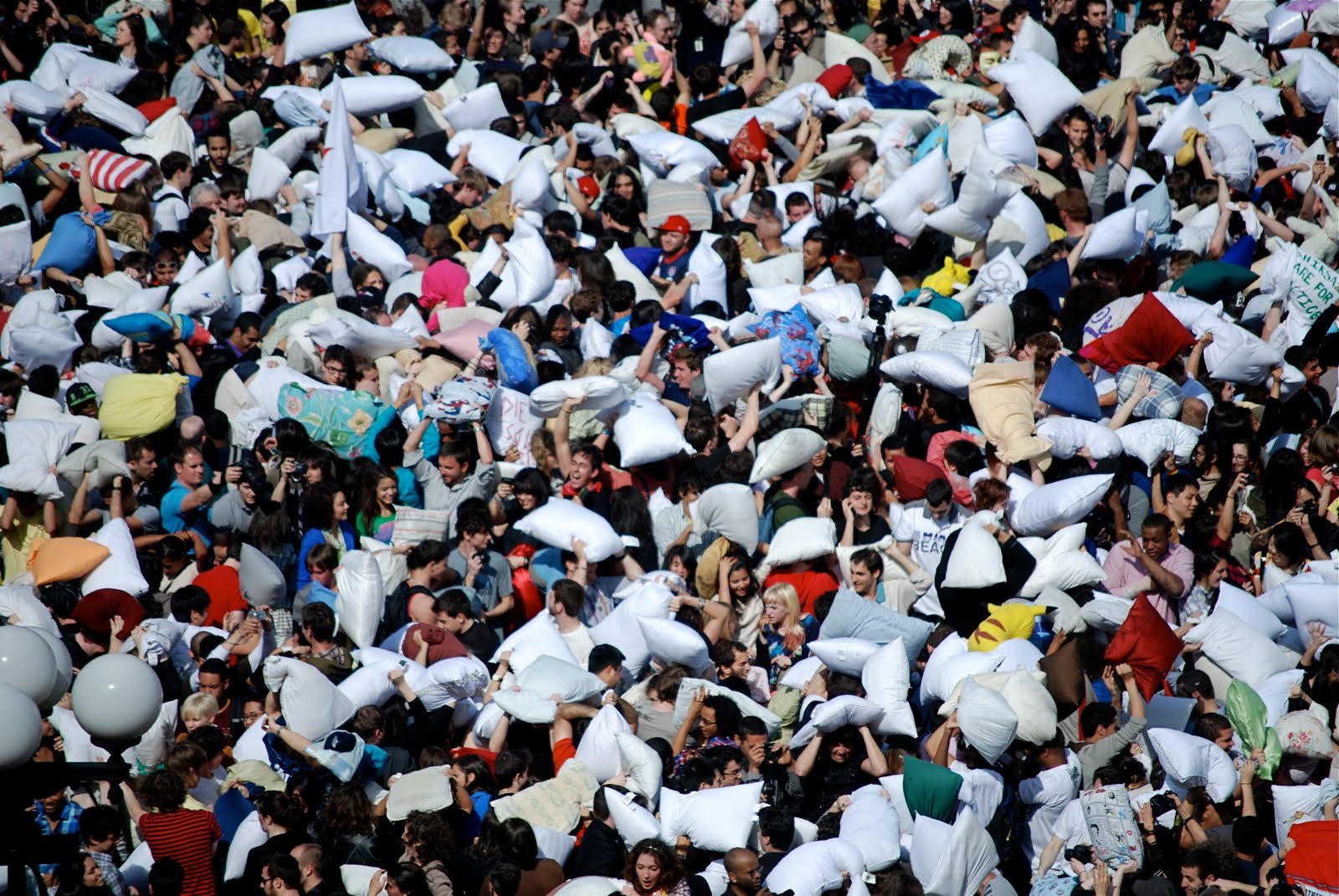 Now, the madness is going global with April 7 having been declared International Pillow Fight Day.