Be forewarned, things are about to get wild. WatchMojo counted down their picks for the Top 10 Craziest Fans in North American Sports and the Raider Nation — which will be vacating Oakland for Las Vegas in 2019 — came in at number one. Other football fans making the cut are those supporting the Seattle Seahawks, San Francisco 49ers, and Pittsburgh Steelers. 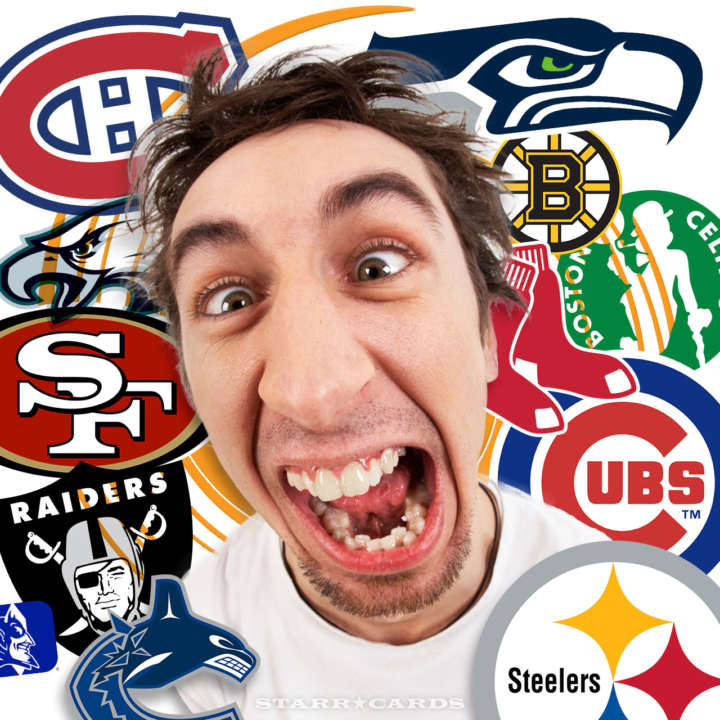 WatchMojo wasn’t exactly looking for the most devoted fans to compile their list. Loyalty was important, but they were really looking at fan bases that take their passion to even crazier heights. We’re talking bad behavior, rioting and everything in between.

Bean Town backers have no fewer than four storied franchises to go gaga over; the Boston Bruins, Boston Celtics, Boston Red Sox and New England Patriots. Incredibly, the latter, which is considered the gold standard in the NFL, has the fewest championships of Boston’s major sports teams with “just” four.

The Seattle Seahawks famed fan base can tip the balance of games with their supersonic roaring and earned the “12th Man” moniker. Even properly attired cats support the Legion of Boom.

One would be hard pressed to find a more loyal/crazy fanbase than that of the Chicago Cubs. Last season, Cubby fans were rewarded for their legendary patience when the team claimed its first World Series title since 1908.

Making the Stanley Cup finals isn’t always a good thing for the city of Vancouver. Twice, after Game 7 losses, frustrated fans of the Canucks have taken to the streets to riot the night away.

Although the Pittsburgh Steelers haven’t won the Super Bowl since 2008, their league-leading six rings overall make it pretty easy for terrible towel wavers to stick with the program.

The San Francisco 49ers have been in a bit of a funk since the team won multiple Super Bowls led by Hall of Fame quarterbacks Joe Montana and Steve Young, but that hasn’t kept the faithful from getting riled up on Gamed Day.

The Montreal Canadiens won an absurd sixteen Stanley Cup Finals in the 1950s, 60s and 70s, but have only won two since, with the last one coming in the 1992-93 season. That last win prompted a euphoric riot causing $25 million in damages.

Philadelphia “phans” are all in for the city’s MLB, NFL, NBA and NHL teams, but only the Phillies have won a championship since the turn of the millennium.

Oakland’s Raider Nation has stayed true to its team even as the franchise has played fast and loose with the fans’ affections. Ownership sailed the team to Los Angeles for a dozen years before returning to the Bay Area, only to set their sights on occupying the forthcoming $2 billion stadium in the Nevada desert.