From five-year-old Lylah MacCall to fifty-something Jon Stewart, American Ninja Warrior has a history of embracing participants of all ages, so the Denver crowd watching Arthur Hickenlooper’s 2017 run wasn’t completely shocked to see a octogenarian on the course.

What the fans weren’t expecting was for Hickenlooper to conquer obstacle after obstacle all the way to the final challenge: the 14-feet-six-inch high warped wall. 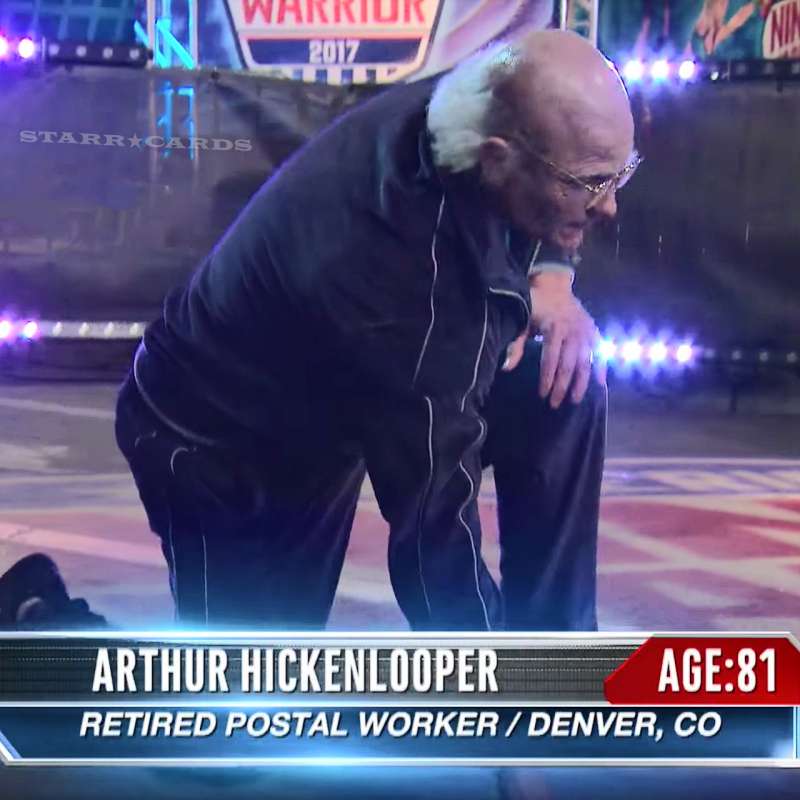 With the crowd chanting his name, Hickenlooper came up considerably short on his first attempt, but conquered the warped wall the second time around after hanging precariously from the top lip.

A month after Hickenlooper’s run had gone viral on social media, ANW revealed it was all a prank. The old man was in fact thirty-something Brent Steffensen disguised by five hours worth of carefully-applied makeup.

While Hickenlooper was a fictional character, John Loobey is anything but. Racing in flannel pajama bottoms last year, the 65-year-old broke his own record as the oldest ninja to complete an obstacle when he completed two obstacles — and almost a third — at the Daytona Beach Qualifiers.