Years ago, when legendary skater Mark Gonzalez saw that the upturn angle on skateboard noses had increased to the point it matched those of the tails, he conceived of his “circle board” concept — a loop of nine boards fastened end to end.

In 2009, Gonz debuted his many-wheeled wonder on the the streets of New York City, then recreated the circle board in Paris for a surreal, golden-hued video shot in front of the Eiffel Tower and posted to YouTube.

A photo posted by Rob Mathieson Illustrations (@robmathieson) on Jun 2, 2015 at 2:09am PDT

Four years later, Gonz hooked up with Brad Cromer for more circle board shenanigans in the Big Apple.

''In my mind when I first made it, I was thinking like, 'Oh I can skate it super fast, brace myself, and just cartwheel with it.' It's really hard. Circle board is really hard to ride.''

— Mark Gonzalez, on his circle board creation

KING OF THE ROAD

More recently, The Toy Machine, Birdhouse and Chocolate skate teams paid tribute to Gonz’s wobbly beast on VICELAND’s King of the Road series. Unwittingly, they one-upped Gonz by making their loop with ten boards instead of nine. 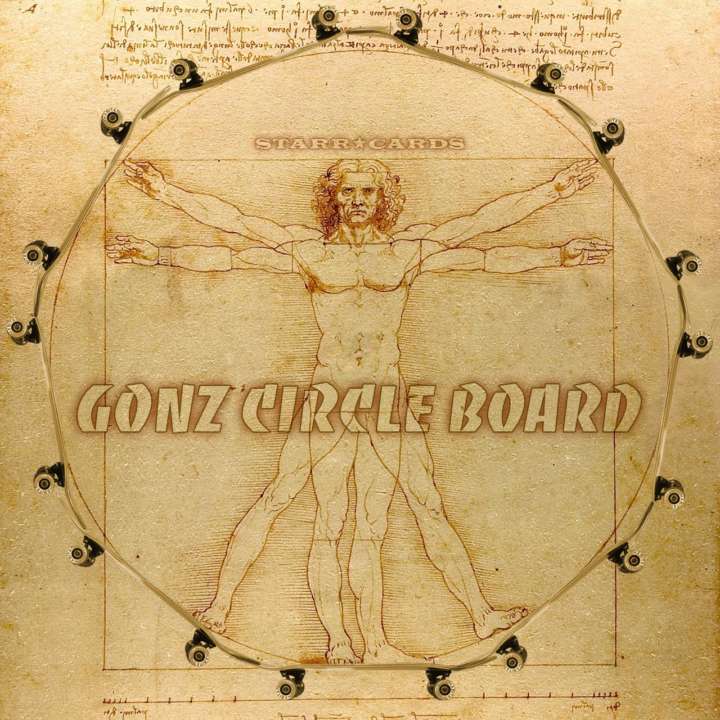 Chocolate’s Elijah Berle was first to give the contraption a spin and almost got himself decapitated for his efforts. Later, Toy Machine’s Axel Cruysberghs managed to land a shirtless four-step ollie onto a night-lit street. Gonz and Da Vinci would be proud…