Seven years ago, Extra host Mario Lopez visited the Donald in his sprawling Big Apple office to talk about the “Trump Curse” and more.

A ROSE BY ANY OTHER NAME

When Trump was running for president in 2016, he tweeted a picture of a signed ball from baseball’s banished bad boy, Pete Rose.

Naturally, Rose exhorted the Republican front runner to “please make America great again,” which we assume would involve having Charlie Hustle inducted in the Baseball Hall of Fame — a move Trump has lobbied heavily for in the past via Twitter.

All time hit leader Pete Rose should now be in the Baseball Hall Of Fame. He has paid his penalty!

Why has all time hits leader Pete Rose paid a 20 year price whrn A-Rod gets 200 game penalty. It's time to let Pete into The Hall of Fame!

Major League Baseball: The best thing you can do is let @PeteRose_14—your all time hits leader—into the Hall of Fame. It's time!

After watching all about the horror story that is A-Rod, I realized again that it is time to let Pete Rose into the Baseball Hall of Fame!

It's time to let Pete Rose, the all time hits leader, into the Baseball Hall of Fame. Enough already!!!!!

Let Pete Rose into the Hall of Fame now – 35 years is enough!

Glad to see that @PeteRose_14 has been hired by @FOXSports as an analyst. Pete should be around baseball and in the Hall of Fame! 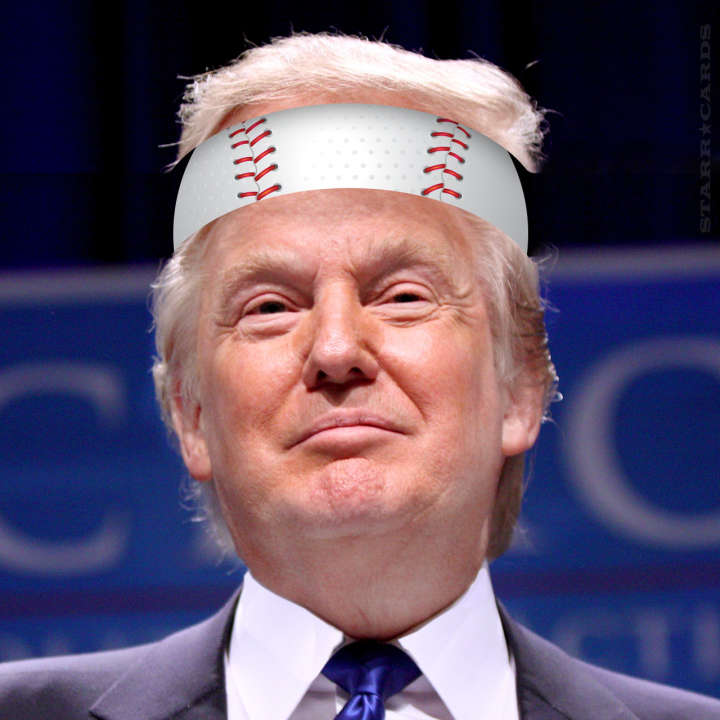 Both Alex Rodriguez and Derek Jeter were one-time Trump tenants, but only one emerged in his good graces — and it wasn’t A-Rod.

Derek Jeter had a great career until 3 days ago when he sold his apartment at Trump World Tower- I told him not to sell- karma?

Remember, I said Derek don't sell your Trump World Tower apartment…its been lucky for you. The day after he sold it, he broke his foot.

I hope Derek Jeter’s recovery is going well. He is a very special player and a great guy. New York loves him. @yankees

A-Rod must be dropped in the Yankees line-up tonight if they want to win. He simply can't perform without drugs.

A drug free A-Rod is just an average baseball player.@Yankees will soon move him down in the batting order & should renegotiate his contract

The @Yankees should immediately stop paying A-Rod—he signed his contract without telling them he was a druggie.

Mariano Rivera is greatest closer of all time. A leader in the club house & an exceptional man. One of the best @Yankees in history.

.@Yankees Kevin Youkilis is off to a terrific start. He’s less than half the price and a much better player than a drug free A-Rod.

In game 7 of the World Series tonight, the Giants are making a big mistake in not starting their ace against K.C., even with two days rest.

I told you that the Giants starting Hudson was a mistake. Just got knocked out of the game. I love being right!

David Wright of the NY Mets should have been on the 1st Team All Stars. He's having a great year.

Congratulations to my friend David Wright of the @mets who is now their all-time hitting leader.

Congratulations to David Wright on signing a long term extension with the @Mets. David is an exceptional player and person.