Years before he led Barcelona to nine La Liga titles and won six each Ballon d’Or and European Golden Shoe awards, Lionel Andrés Messi Cuccittini was a soccer-loving kid playing on the streets of Rosario, Argentina.

This #ThrowbackThursday we look at Messi’s path from being a a pint-sized prodigy to arguably the greatest footballer to ever set foot on the pitch.

Leo developed a passion for the sport from an early age, playing constantly with his older brothers, Rodrigo and Matías, and his cousins, Maximiliano and Emanuel Biancucchi, both of whom became professional footballers. His hallmark dribbling prowess was already on full display when he joined his hometown Newall’s Old Boys club as a six year old. 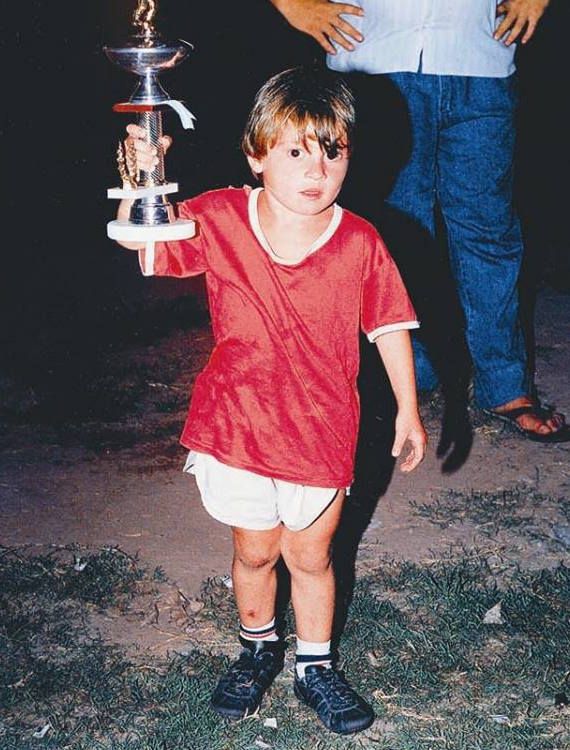 Messi was diagnosed with a growth hormone deficiency that required $1000 per month treatments, which led to his father signing a contract with Barcelona FC scout Charly Rexach on a paper napkin in December of 2000.

At 16 years, four months, and 23 days old, Messi made his first team debut with Barcelona when he came on in the 75th minute during a friendly against José Mourinho’s FC Porto on November 16, 2003. While he didn’t score a goal, he gave fans a small taste of what was to come.

''Messi is the best player in the world by some distance. He's like a PlayStation. He can take advantage of every mistake we make.''

The ensuing years have seen Messi racking up a host of scoring records including most official goals in a La Liga season (50), a club football season in Europe (73), a calendar year (91), and El Clasico (26). One constant throughout the years is the passion with which Messi plays the game, whether taking on the pitch with Carles Puyol and Ronaldinho or Carlos Alena and Luis Suarez.

While Messi has played in four World Cups for his beloved Argentina national football team, he has been unable to lead La Albiceleste to their first title since 1986 — which, incidentally, was the same World Cup where Diego Maradona scored the “Hand of God” goal in the quarter-final. In 2014, Argentina did manage make the Wold Cup final, where they lost to Germany 1-0. Messi was awarded the Golden Ball as the best player of the tournament.

Argentina has also come up empty in the four Copa America tournaments in which Messi has played, including three finals. However, in 2008, his play was instrumental in delivering his team the gold medal at the Summer Olympic Games in Beijing, China.