Justin Verlander’s younger brother Ben spent this past season in the Tigers’ farm system playing baseball for the West Michigan Whitecaps. His roommate (and outfield-singing partner) was Wynton Bernard, who Ben recently outed on Twitter as a 2013 contestant on the gameshow Family Feud.

Bernard was named to the Tigers 40-man roster in the offseason, but he’ll have to perform better on the diamond than he did on Family Feud if he wants to stick around in the Big League.

The 24-year-old Bernard spent his first two years in the San Diego Padres’ system before being released early in 2014. He then signed with the Tigers’ Single-A Whitecaps team based in Comstock Park, Michigan, where he hit .323 with 42 extra base hits and six homers. 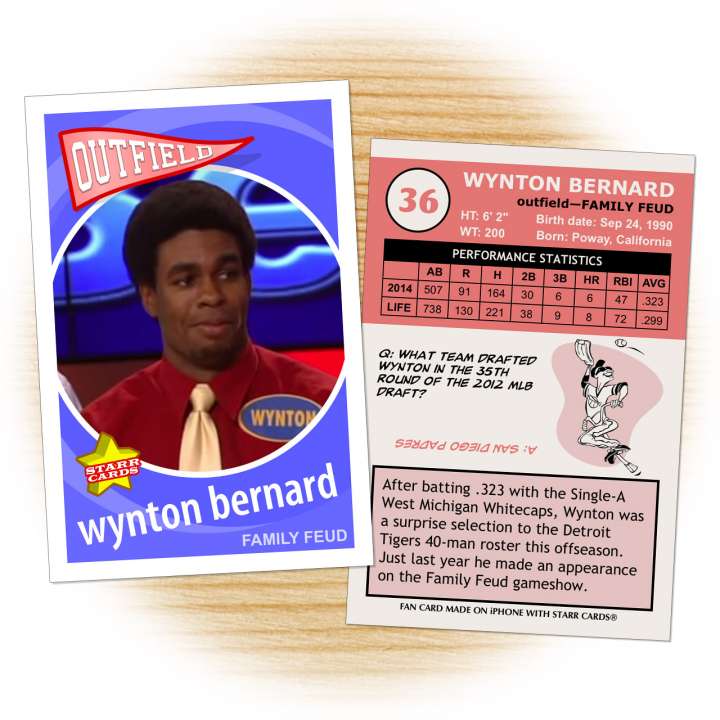