Few names loom as large in the annals of fictional bowling characters as that of Bobby Pinz, the “greatest bowler ever”. While most alley cats spend a lifetime dreaming of a perfect game, for Pinz it was a routine event.

Pinz (the brainchild of comedic YouTuber Anwar Jibawi) didn’t bowl just one 300 game, but an unprecedented 999 of them in row, for a mind-boggling 11988 consecutive strikes. 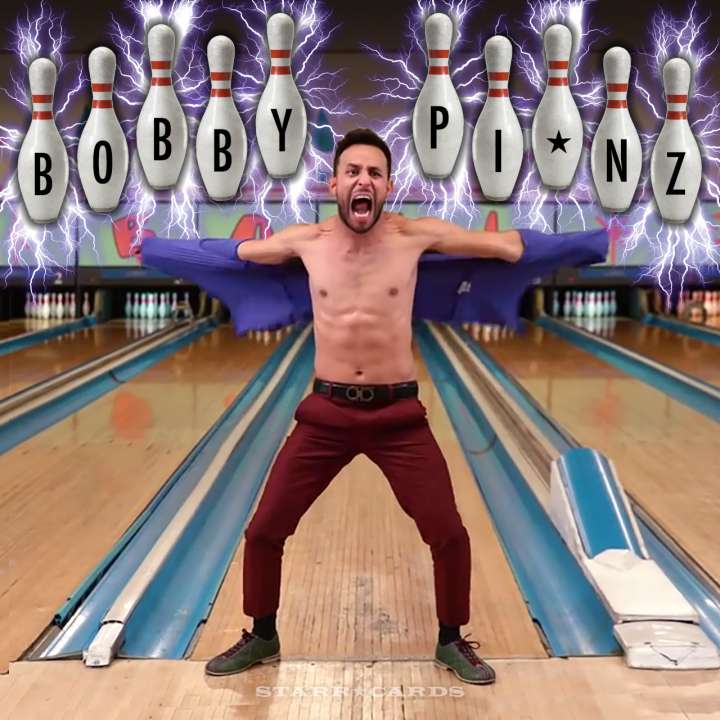 Adding to Pinz legendary status, the famed pin marksman shed his shirt after every single strike. Then, bowling the last ball of what would be his 1000th straight perfect game, Pinz threw an ugly gutter ball ushering in a half century of nagging doubt and a festering mental block that made him incapable of removing that final shirt.

While Pinz’ sad saga is merely a tall tale, no one would blame real-life bowler Troy Walker if the story made him slightly nauseous.

In 2013, Walker was participating in the Luci Bonneau Doubles Tournament in Houston, Texas at Palace Lanes. He rolled 11 consecutive strikes, but his 12th ball — which appeared to be right on target — was blocked just before hitting the pins by a malfunctioning pinsetter rake arm. Alas, when he re-rolled the final ball several pins were left standing.