Wee Liam Fitzgerald is the the toughest Bruin of them all

Wee Liam Fitzgerald is the the toughest Bruin of them all

Liam Fitzgerald may only be a fraction of the size of any of his beloved Bruins, but he’s every bit as tough. Diagnosed with leukemia at the age of four, he waged a multi-year battle with the disease before finally coming out on top in 2011 — the same year Boston last won the Stanley Cup.

Liam Fitzgerald is true fan. His innocence is something we all wish we still had. http://t.co/xzQo5ai2Cw pic.twitter.com/wxMUcvNFib #Bruins

Last year, Liam, who has Down Syndrome, dressed up as Adam McQuaid for Halloween. When the Bruins defenseman heard about it, he invited Liam to to be a guest the team for their February 1st game with the Oilers. 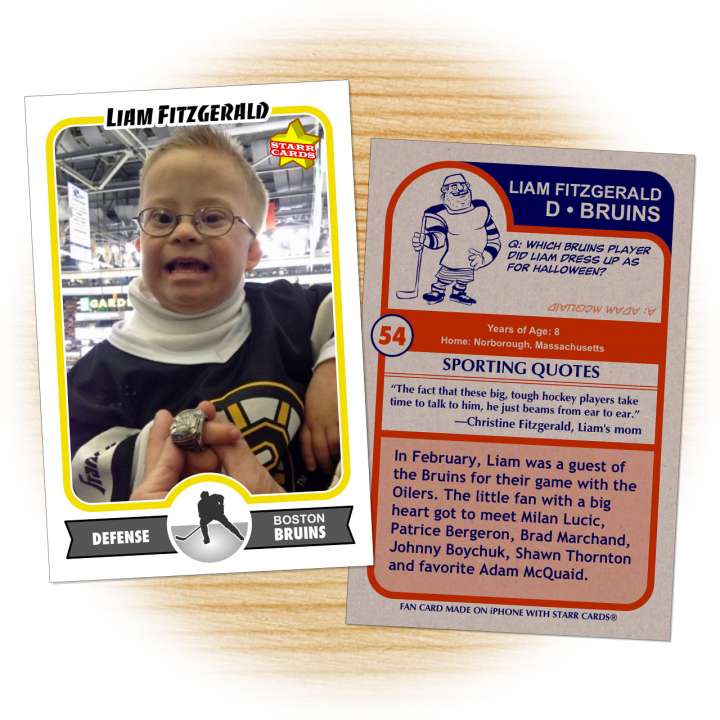 Liam came back to the Garden last week to sit on the bench during the pregame skate. The video of him fist bumping each player as they exited the ice, quickly went viral surpassing 4 million views.

@JackieBradleyJr Liam wants to say a special thanks for the bat and signing autographs for his friends on 5/30! pic.twitter.com/pa3n8ZUPav

Liam is also on a first name basis with the players on his other favorite team, the Boston Red Sox… who else?