Australian rules football is a game that defines a nation, and within it, one rivalry defines the game. The Collingwood Magpies and the Carlton Blues of the Australian Football League (AFL) have two things in common — a legacy of winning and an ever-festering hatred for one another.

As Australia was a country founded as a penal colony, it’s only fitting that a sport as violent and chaotic as footy is one place where Aussies of all stripes still come together. 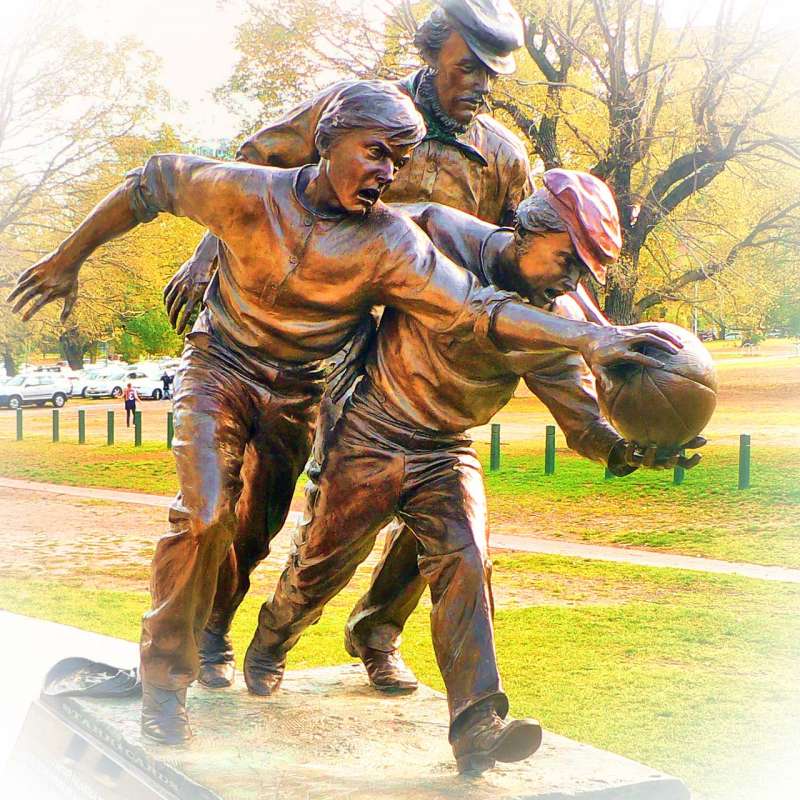 Born in Melbourne during the latter half of the 19th century, the hard hitting, fast paced sport is one of the most physically demanding in the world. With stadiums that routinely pack in more than 80,000 fans, Australian rules football is far and away the country’s most popular wintertime sport.

Of the AFL’s many heated rivalries, few can match the intensity of the two legendary clubs that emerged from Melbourne’s suburbs.

Founded in 1864, Carlton Football Club — like crosstown rival Collingwood — was one of the original eight clubs that banded together to form the Victoria Football Association (VFA), which later was rebranded as the AFL.

In the six championship game meetings with Collingwood, Carlton has won the last five, including a 1970 thriller. In what many consider the most dramatic Grand Final ever, the Blues overcame a 44-point half time deficit to defeat the Magpies in front of the biggest ever crowd in league history.

The Blues nickname is derived from their navy blue guernsey which is emblazoned with a white CFC monogram.

With more than 80,000 members, Collingwood Football Club not only fields the AFL’s most-supported team, but also one of its most successful, having played in a record 43 Grand Finals and winning 15. Their last championship came in 2010 versus St. Kilda.