You make it, Braille Skateboarding skates it: LEGO skateboard edition

You make it, Braille Skateboarding skates it: LEGO skateboard edition

For some time now, Aaron Kyro, the mastermind behind Braille Skateboarding, has been inviting his YouTube channel subscribers to send in skateboards (or parts thereof) for himself and friends to try skating — and breaking.

Most of the box breaks and subsequent test rides are filmed at Fremont Skatepark in the the San Francisco Bay Area. If you happen to be visiting SF, be sure to swing on by for a chance to see Kyro and crew trying out the new-fangled skateboards. 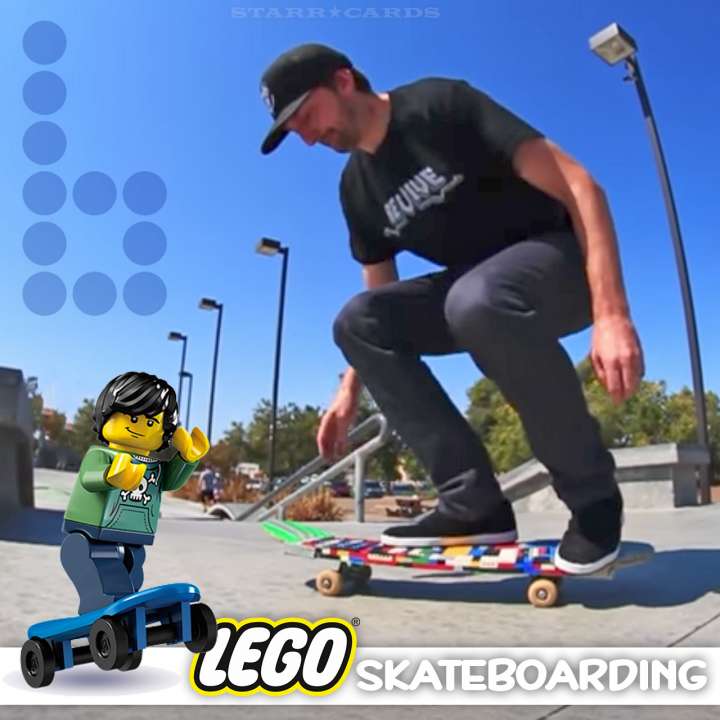 Among the more popular episodes of Braille’s You Make It, We Skate It series, are those involving LEGO creations. They’ve already had three LEGO-inspired submissions, and another one of their own making for an episode of Skate Everything Wars.

Peter Brown from Shop Time made an amazing skateboard deck entirely from LEGOs and epoxy glue, complete with the Braille Skateboarding logo.

Timmy Joe, a self-professed tech nerd from Canada that read the MS-DOS book at age 8, sent in a skate deck which joined the nose and tail of a traditional board with a colorful LEGO-wrapped midsection.

Sarah Gibson, who goes under the handle Sk8tymake on Instagram, is an engineering student who loves to innovate. Her LEGO grip tape looked trippy and grippy, but was found to be bit slippy in actual use.

Braille Skateboarding’s videographer Lance Silber aka “The Skate God” went to Toys R Us where he bought a LEGO storage case for Kyro to skate… and he did!