A couple years ago, Dude Perfect crew teamed with Green Bay Packers quarterback Aaron Rodgers and then Los Angeles Clippers guard Chris Paul for another installment in their trick-shot video series. The pair’s skills were so impressive that DP’s Tyler Toney and Cody Jones were willing to risk bodily harm to serve as props for a couple of stunts. 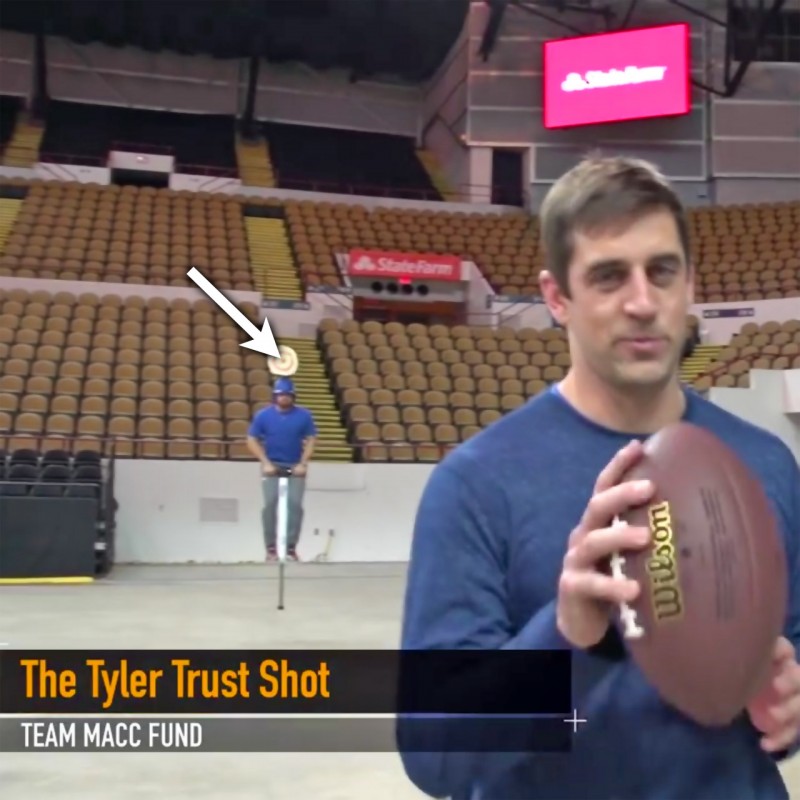 For the first trust shot, Toney donned a helmet (sans face mask) with a bullseye target on top. He then hopped up and down on a pogo stick while Rodgers rocketed a football into the target. 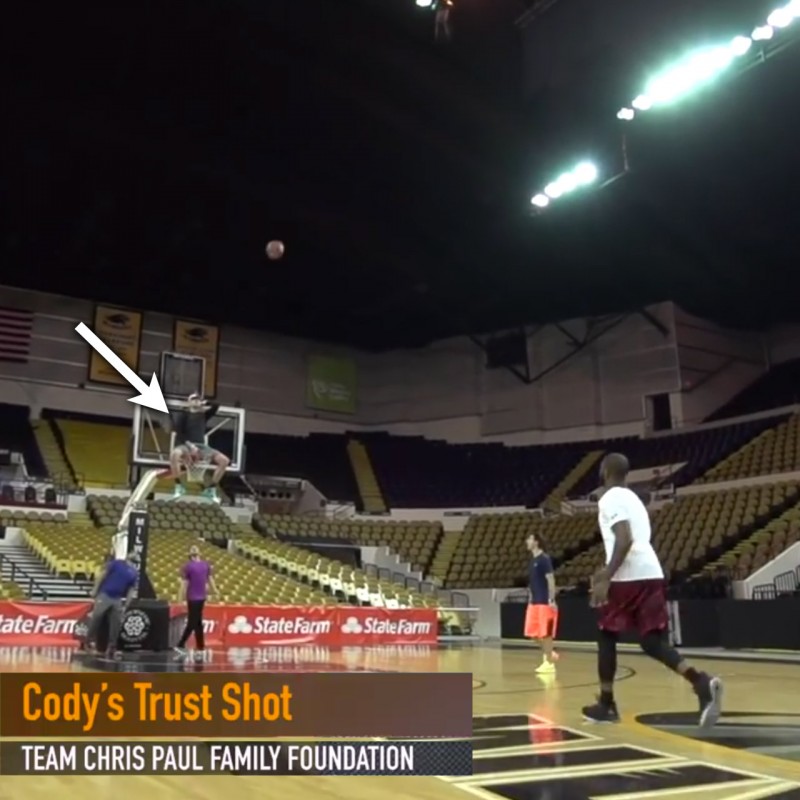 For the second trust shot, Jones sat atop the basket while Paul lofted the ball from half court. Jones, like Toney, emerged unscathed from his stunt save for negligible emotional trauma. 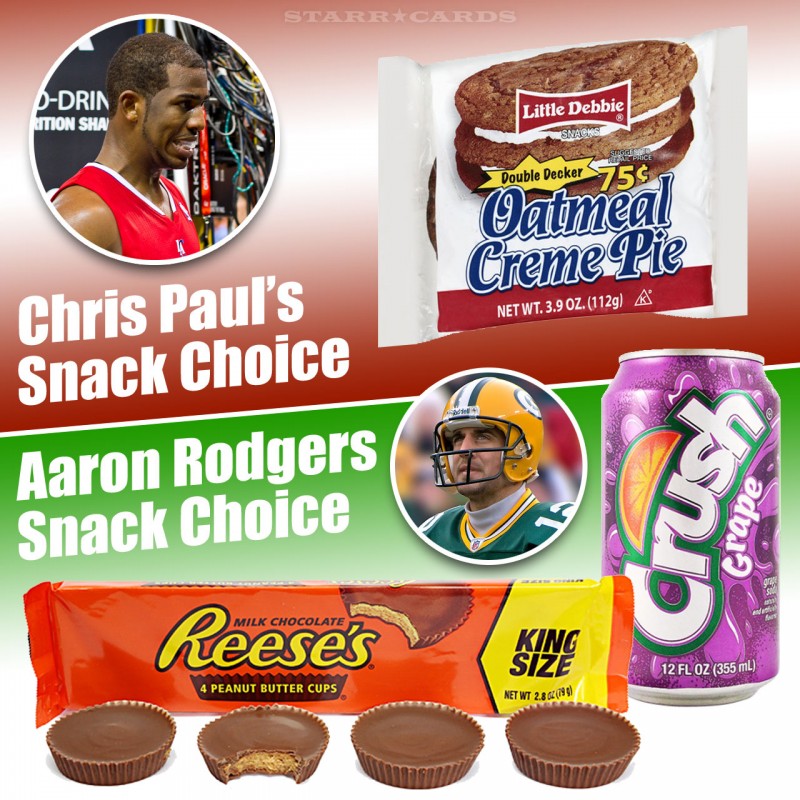