Among sports-loving boys of the 1960’s and 70’s, tabletop electric football was all the rage. The movement of the small plastic figurines used in the game could be loosely defined by adjusting a dial in each player’s base.

Fast forward to the present day and Team Edge’s hoverboard football challenge conjures a life-size version of the old classic… minus the vibrating field.

Team Edge’s hoverboard challenge consisted of three events which culminated in a game of flag-football played on a miniature indoor field. 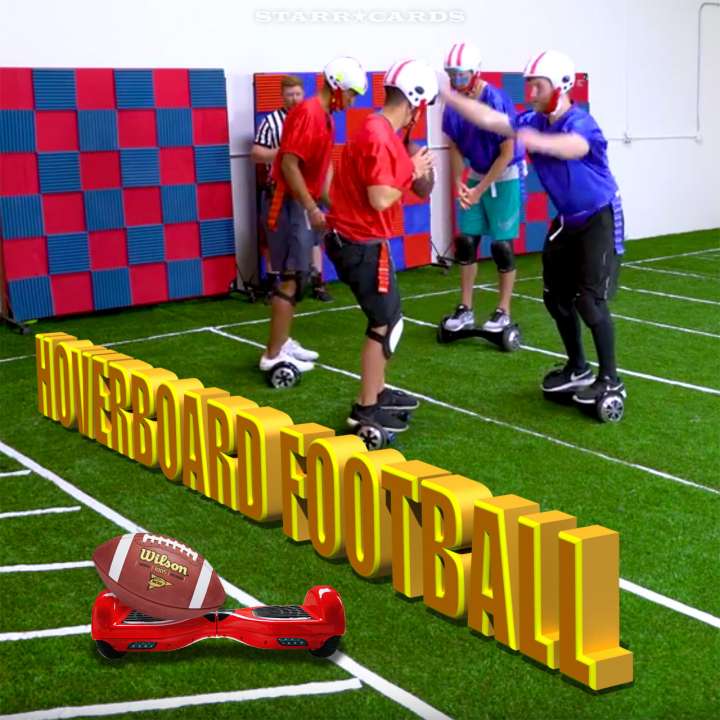 At the outset, the blue team struggled with the rules which allowed the red team to score an early touchdown, but they came roaring back with two quick TDs of their own. The blue team answered to knot the game a 14 apiece, before the red team claimed victory with a questionable goal-line play.

For Jukka Dudeson, hoverboard football was the last sport standing — albeit briefly — after attempts at hoverboard golf, tennis and bowling were unceremoniously shut down. Thankfully, they didn’t bother with hoverboard boxing.