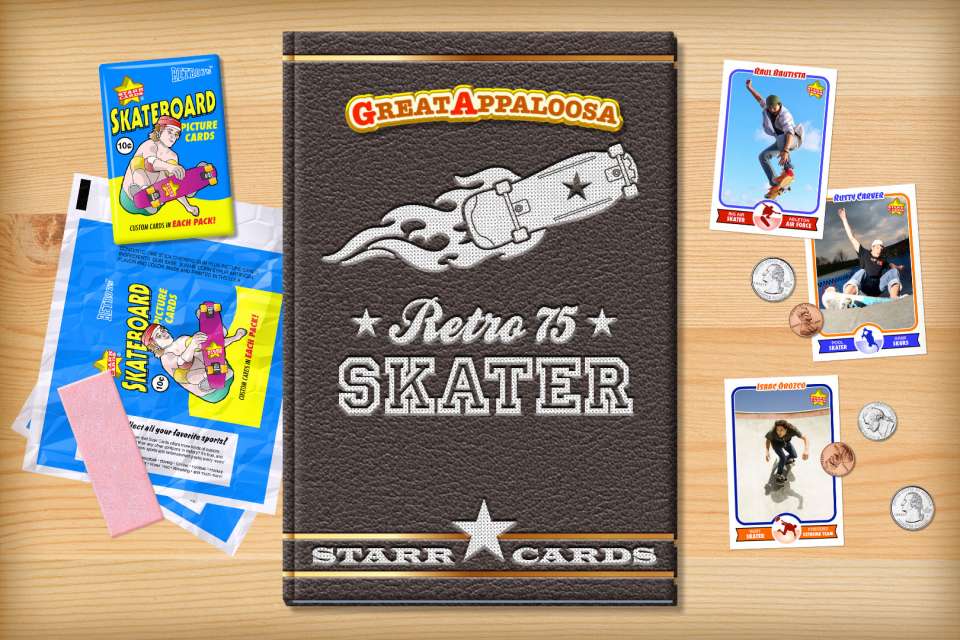 Retro 75 series is the primary custom skateboarding card design within Starr Cards award-winning Skateboarding Card Maker for the iPhone, iPad, or iPod. Its throwback look is the perfect fit for an up-and-coming skater or team — each and every card is sure to become a collectable keepsake. 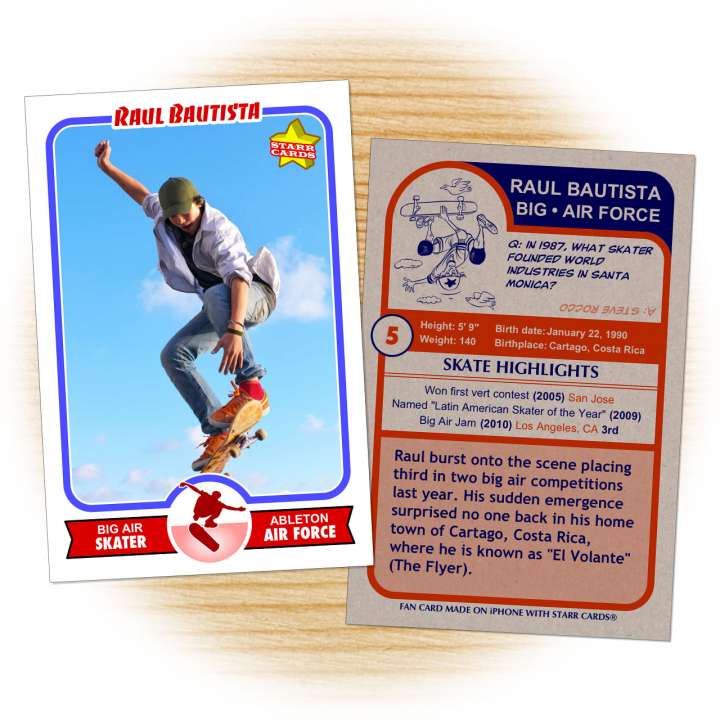 By default, the backsides of cards feature entertaining skater trivia including a cartoon Q&A section, fast facts, insider capsules, and the best quotes from the history of the sport.

Like all of our card series, we’ve loaded the Retro 75 design with goodies so you can produce the ultimate skater cards. No mere skateboarding card template, every aspect of your trading card is fully customizable: 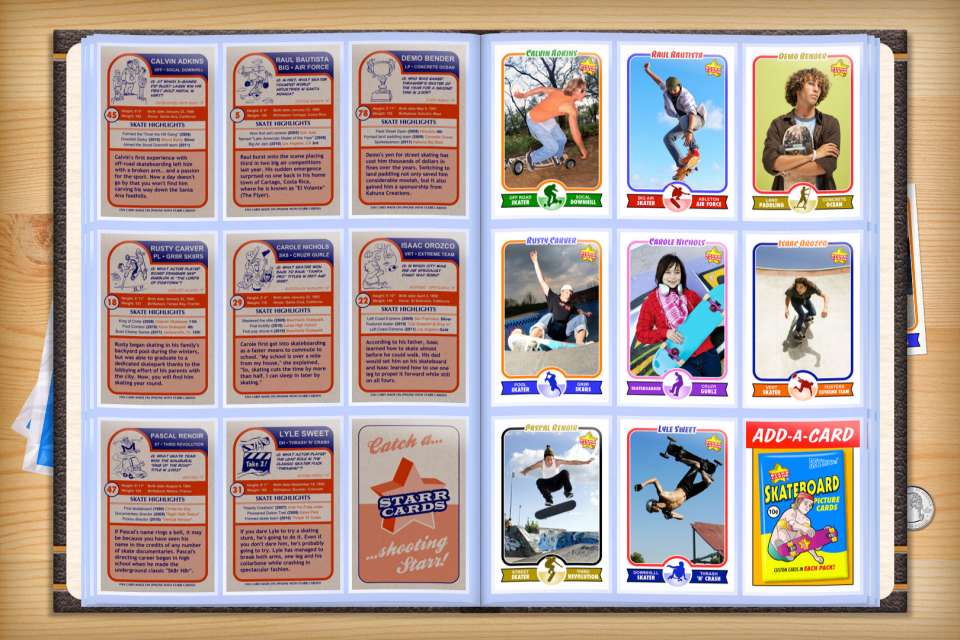