The hype that preceded Kris Bryant’s call up by the Chicago Cubs was as great as any in the franchise’s history. After clubbing a Major League best nine home runs in spring training games, Bryant finally made his Wrigley Field debut on April 17 against San Diego Padres. He went 0-4 in the game.

Bryant didn’t hit his first official home run until his 21st Major League game. Ever since, he’s been hitting round trippers with regularity and perhaps none more impressive than yesterday’s moonshot which brought to mind Roy Hobbs’ final blast in The Natural.

Bryant’s recent tear has lifted his OPS to .885 for the season and rekindled Cubs fans hopes that he — like Hobbs with the fictional New York Knights — can lead the team to the National League pennant. 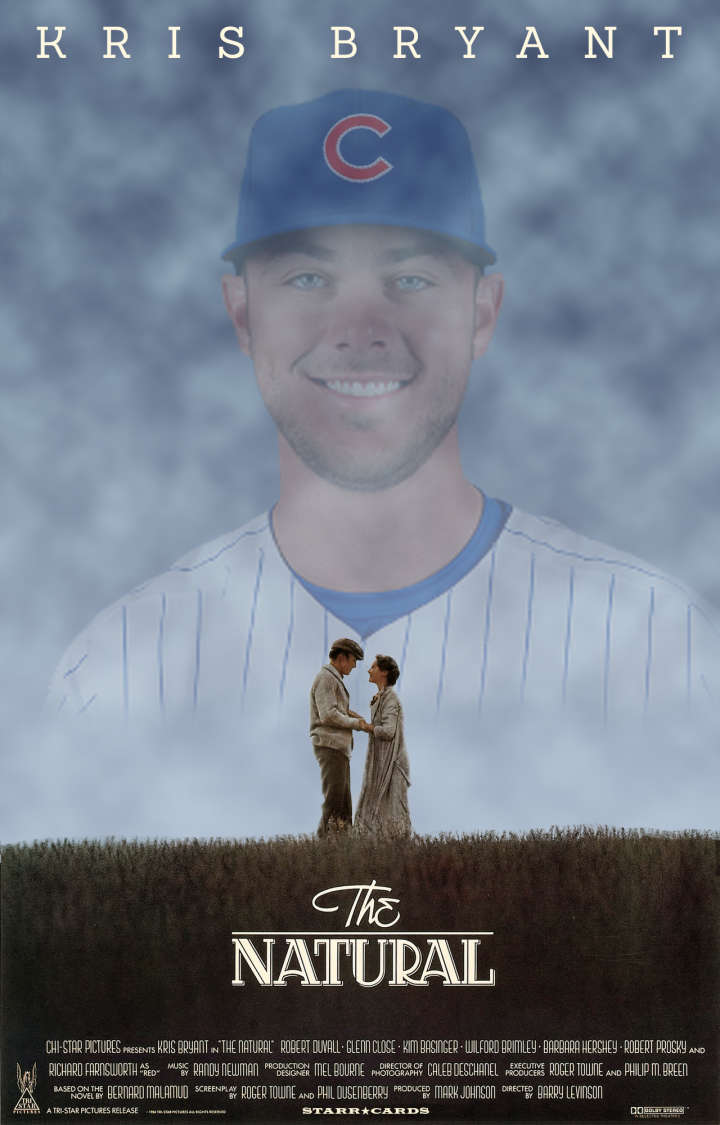 THE NATURAL IN REAL LIFE

Bryant’s home run came in the 8th inning and tied the game with the Washington Nationals before the Cubs went on to win in extra innings. In The Natural, Hobbs heroic homer comes in the bottom of the 9th, with two runners on base, and his team trailing 2-0.

Whereas Hobbs’ drive smashes into the stadium lights sending a shower of sparks on to the field, Bryant’s 477-foot blast hit his own image on Wrigley Field’s new video board before bouncing into the bleachers.

The greatest difference between the two dramatic home runs is that for Hobbs it marked his last at bat, while for Bryant his seventh home run is likely just one of several hundred to come.