Dan Issel, who patrolled the paint for a decade with the Nuggets, is the franchise’s all-time leader in Win Shares with 94.8 for his career. Among his many accomplishments in Denver, “Horse” was a 2-time All Star and averaged more than 20 points per game for seven seasons. 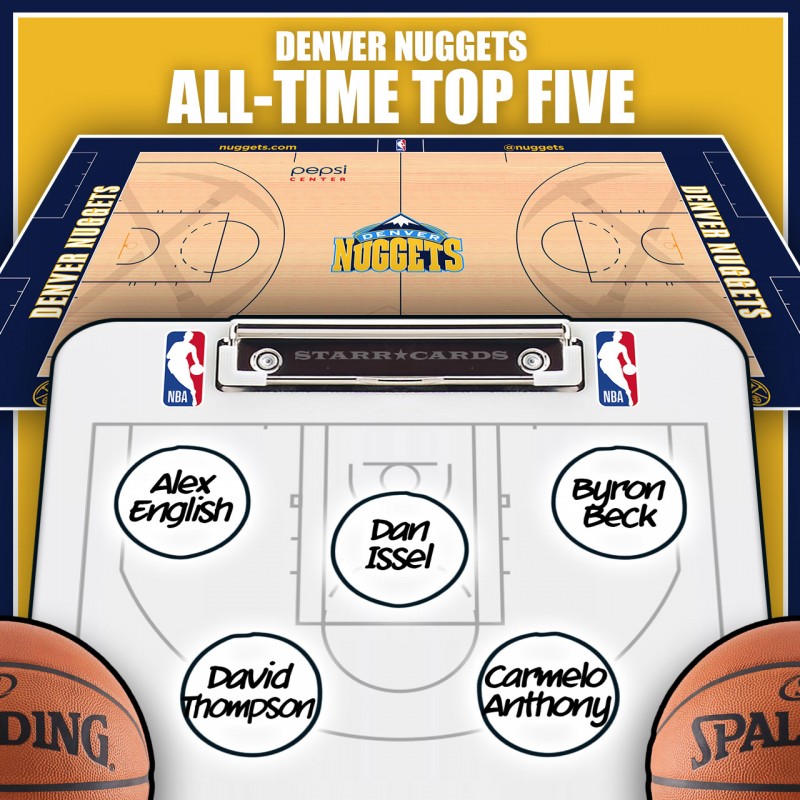 After Issel, the next biggest contributors to the Nuggets by Win Shares are forward Alex English (84.2), guard David Thompson (56.8), forward Byron Beck (55.0), and forward Carmelo Anthony (53.5).