If you’re looking to cast a professional in your lacrosse trick shots video, you really can’t do any better than securing the services of the legendary Paul Rabil. Leave it to the boys at Dude Perfect to lure the world’s best player down to Texas for some fun in the sun. 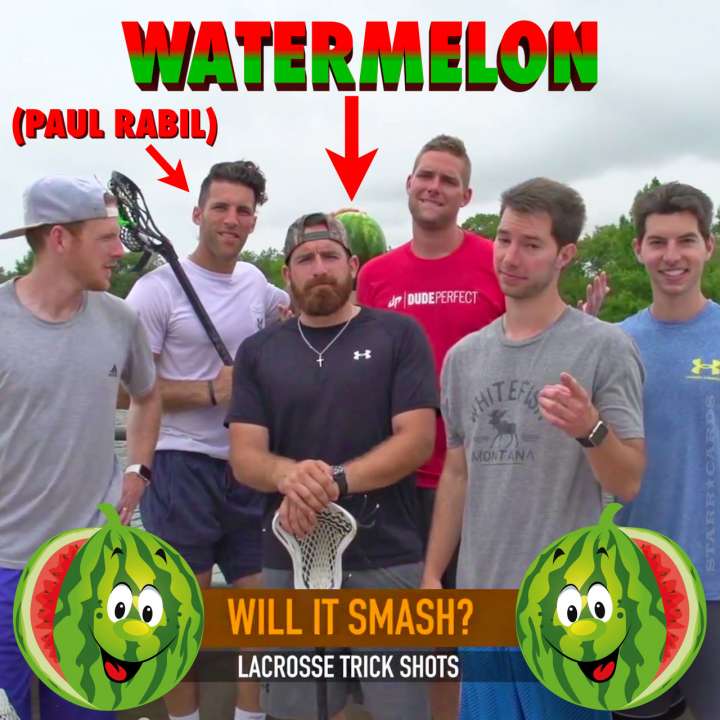 Rabil and the Dude Perfect gang filmed the majority of the action at L.D. Bell High School in Hurst on a blistering-hot day last summer. Highlights include Rabil rocketing a ball from one football field-goal post through the other and blowing up a watermelon with a direct hit.

In the bonus video, Rabil sends one of the cameras into a dizzying corkscrew flight when he inadvertently nails it with wicked hard shot from close range.

In a group photo after the trick-shot session, Dude Perfect’s resident athletic stud Tyler Toney left no doubt who was the real star of their get together.