Stephen Colbert kicked off his tenure as The Late Show host with some fancy harmonizing on the National Anthem with fans across the country. The clip starts, and finishes, in front of a pair of Little League teams in New York City’s Central Park.

Longtime-buddy and erstwhile-Daily Show-host Jon Stewart filled in as the mystery umpire for the opening sketch. Self-proclaimed #1 Colbert fan Tanya Pierce of Syracuse, New York, wasted no time in making a baseball card to commemorate the event and posting it to Imgur. 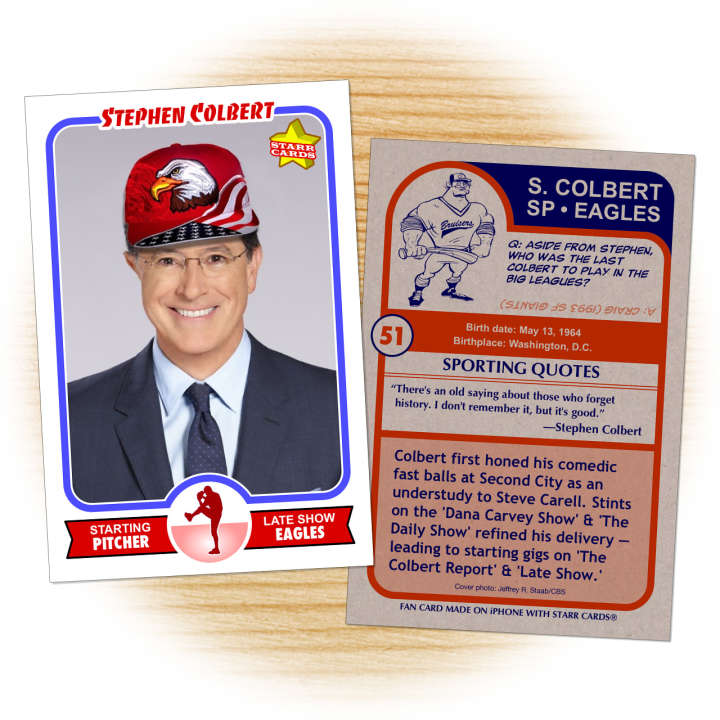 In CBS affiliate WKRC-TV’s promo for The Late Show, Colbert shared that Pete Rose should be allowed back into baseball (as a player) provided he starts with all his stats at zero again and updates his haircut.