Legendary New York Yankees catcher Yogi Berra passed away on September 22, 2015 at the ripe-old age of 90. Born Lawrence Peter, Yogi was given his nickname by friends Bobby Hofman and Jack Maguire who thought he resembled a Hindu mystic when sitting in the dugout with arms and legs crossed.

Aside from his excellence in Major League Baseball — he accumulated 21 World Series appearances as a player, coach and manager — Yogi left behind a legacy of paradoxical quotes.

With so many profound Yogi-isms to chose from, it’s as difficult to settle on a top ten, but we gave it a go nonetheless. As Berra himself would say of the collection, “It’s deja vu all over again.”

''If the people don't want to come to the ballpark, nobody's going to stop them.''

''I think Little League is wonderful. It keeps the kids out of the house.''

''Why buy good luggage, you only use it when you travel.''

''Baseball is 90 percent mental. The other half is physical.''

''If you don’t know where you are going, you might wind up someplace else.''

''I'm not going to buy my kids an encyclopedia. Let them walk to school like I did.''

''You should always go to other people's funerals, otherwise, they won't come to yours.'' 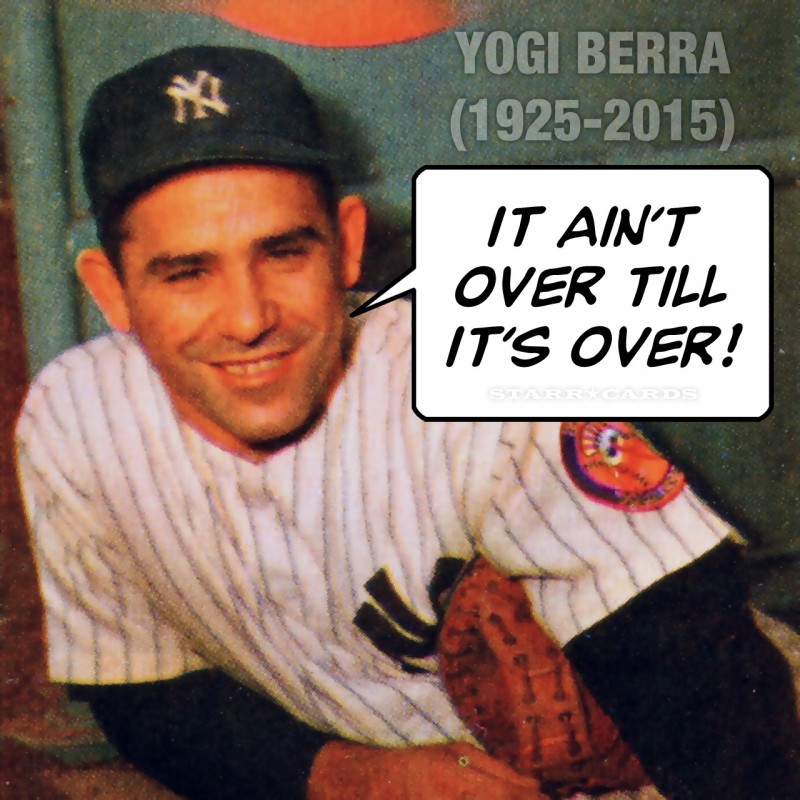