It only took 2,357 MLB appearances, but Ichiro Suzuki finally got his wish granted to take the mound during a game. In the last game of the season, Miami was down four in the eighth inning against Philadelphia when Marlins manager Dan Jennings acquiesced to the 41-year-olds long-standing request.

''To be on the mound at a Major League Baseball game, you can say one of my dreams came true today. But I'll never ask to do that again.''

Unlike Suzuki’s Hall-of-Fame-worthy batting stats that have him just 65 hits shy of 3,000, with a lifetime average of .324, his newly-established pitching line will forever be pedestrian. 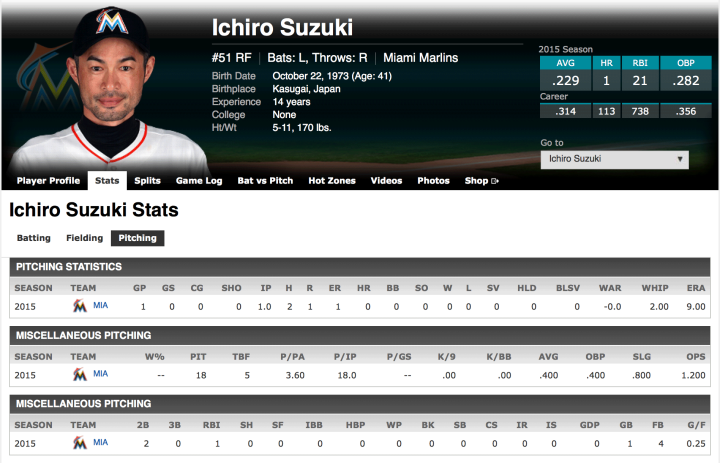 WHAT DID HE JUST THROW?

Suzuki did reach 88 mph on his fast ball and managed to tally 11 strikes on 18 pitches, but he had his ERA balloon when conceding a RBI to Darnell Sweeney on the second double of the inning. Yet, at times, he did show promise…