Wayne Gretzky, who set countless scoring record during his eight seasons with the Oilers, is the team’s all-time leader in Point Shares with 151.3 for his career. Among Gretzky’s many accomplishments in Edmonton, the “Great One” led the Oilers to four Stanley Cup titles from 1984 to 1988 and won the Hart Memorial Trophy every year save his last with the team. 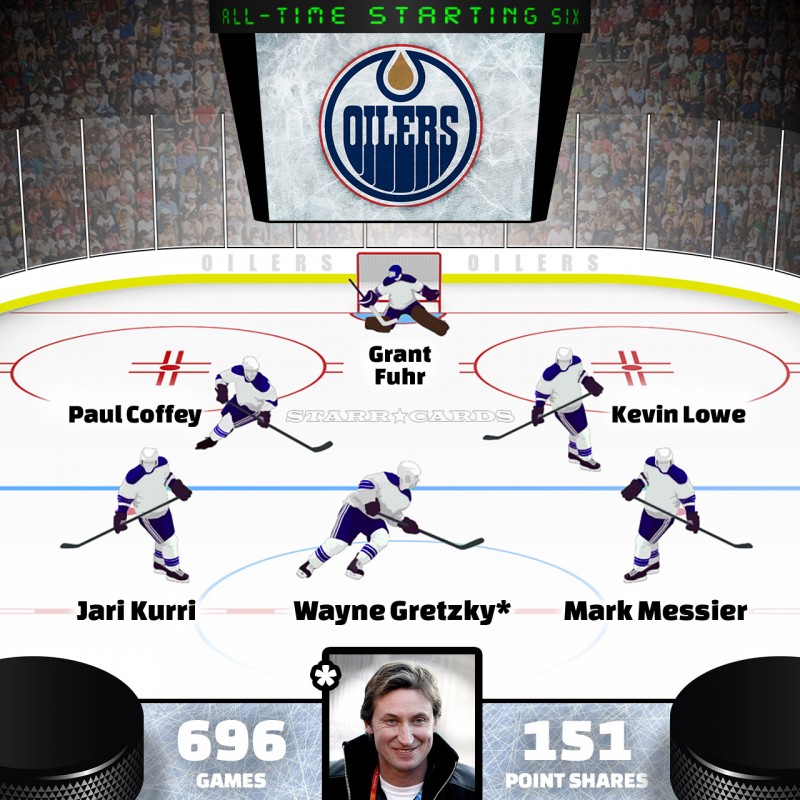