Alex Ovechkin, who has carved up opposing defenses for 14-plus years with the Capitals, is the team’s all-time leader in Point Shares with 183.8 for his career. Among the left wing’s many accomplishments in Washington, Ovechkin has been named an All Star a dozen times, and led the team its first Stanley Cup in 2018. 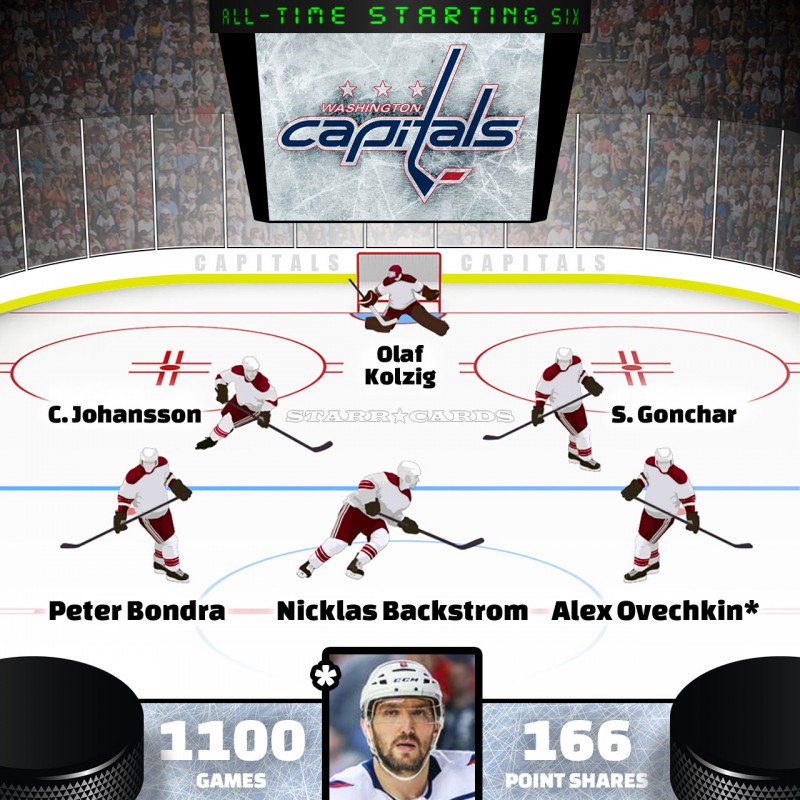