Japan’s Hidekichi Miyazaki didn’t start running until he was in his 90s, but he wasted little time in rewriting the record books for sprinters in their golden years. Five years after celebrating his centennial birthday, Miyazaki was still going strong. 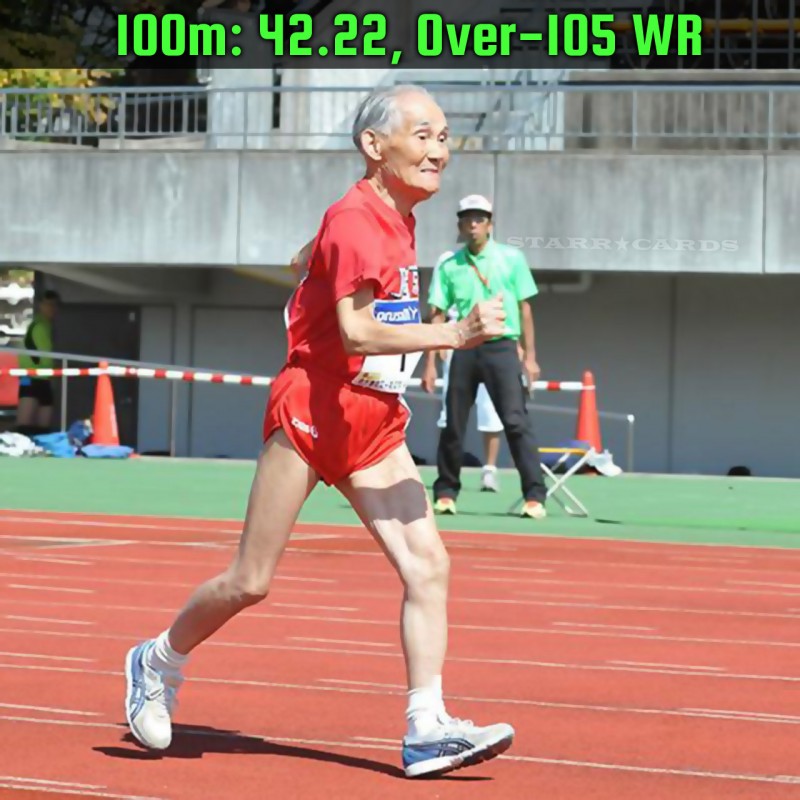 Already holding the 100-meter dash world record for centenarians, Miyazaki added the record for the over-105 age group with a run timed at 42.22 seconds.

Miyazaki is known as the “Golden Bolt” for appropriating Jamaican speedster Usain Bolt’s signature pose after victories. Bolt, who is listed at 6-foot-5, holds the “World’s Fastest Human” title with a world record 100 m time of 9.58 seconds — less than a quarter of Miyazaki’s recent time. Still, that fact hasn’t diminished the barely 5-foot-tall oldster’s desire to race with the eight-time Olympic gold medalist.

''I'd love to race Bolt... I'm keeping the dream alive. I try to stay in top shape and stay disciplined and healthy. That's important for everyone – even Usain Bolt.''

As for the secret to Miyazaki’s longevity, he credited a spartan diet which includes a daily dose of tangerine jam. The real key, he claimed, is the very Zen-influenced habit of chewing each mouthful 30 times before swallowing — in other words, the very antithesis of fast food.