Centuries ago, pole vaulting originated in the Netherlands as a means to cross canals and marshy areas without getting one’s wooden shoes all mucked up with mud. To this day, distance pole vaulting competitions, or fierljeppen, are held in the lowland areas next to the North Sea. 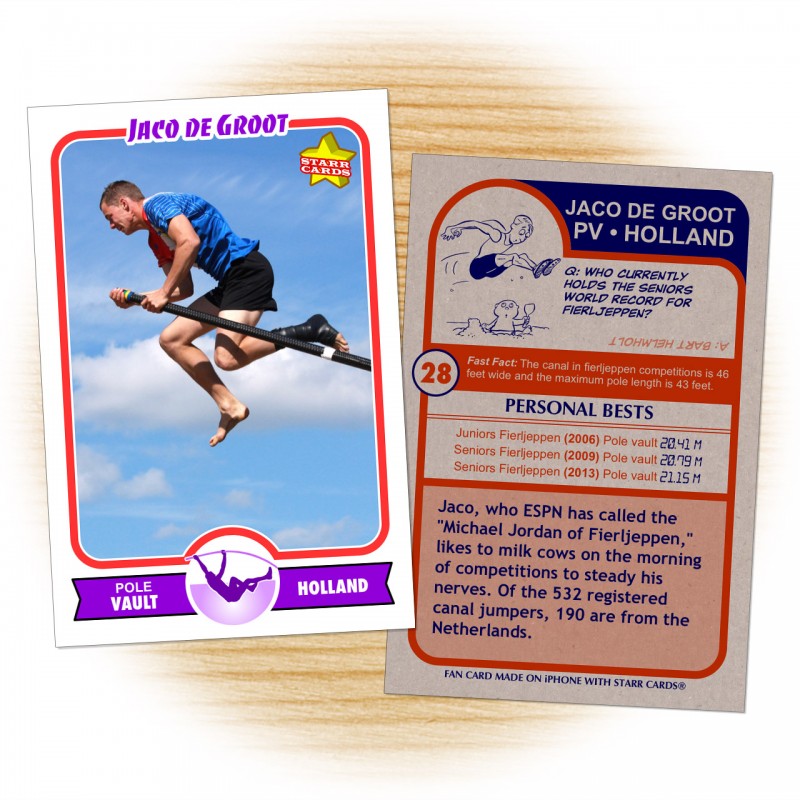 Height, rather than distance, was the measure of prowess when pole vaulting was included in the 1896 revival of the Olympic Games. William Hoyt of the United States won the event’s inaugural gold medal after clearing a height of 10.83 feet (3.30 m).

The technology behind the pole used in vaulting has steadily improved over the years. Poles made of solid wood from the ash tree eventually gave way to tubular aluminum, then fiberglass-wrapped metal. As a result, heights have continued to go up.

The triumph of pole-vaulting technology also has its travails. To put a slight twist on an old adage; the higher they vault, the harder they fall. And fall they do — in every conceivable fashion.

In all fairness, even an old fashioned wooden pole can’t be trusted if the vaulter fails to use it properly.