If you’re visiting the gym at Montclair State University and smell burning rubber, there’s a good chance it’s coming from George Alexandris’ shoes. The track star runs so fast on the treadmill that he could be cited for exceeding the school-zone speed limit.

Alexandris recently posted a video to Instagram in which he jumps full stride on a treadmill zipping around its rollers at 26 miles per hour. 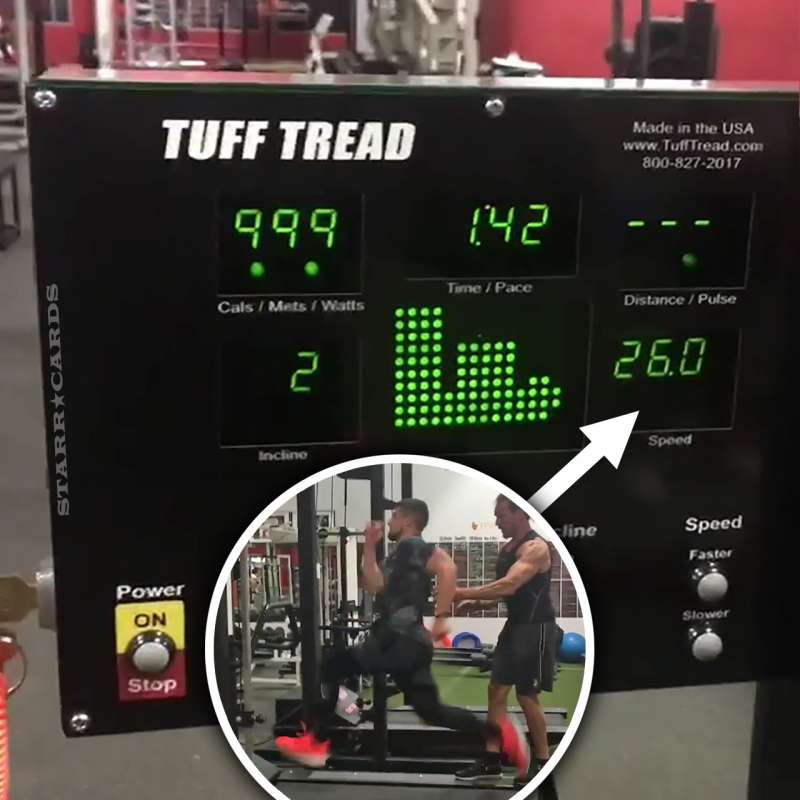 While Alexandris only maintained the speed for a few seconds, it’s interesting to note that if he could average that pace over over 100 meters it would result in a mind-blowing time of 8.604 seconds — almost a whole second faster than Usain Bolt‘s world record.

Your run-of-the-mill treadmill (pun intended) maxes out at 10 miles per hour, and even lesser speeds are capable of producing epic wipeouts. The Tuff Tread High Speed Elite treadmill upon which Alexandris trains has a sadistic top speed of 31 miles per hour. Usain Bolt, at his fastest, has never been able to breach 29 miles per hour.

As a junior competing for the Montclair State Red Hawks, Alexandris translated his elite speed into a personal-best long jump of 26 feet (7.92 meters) at the 2018 NCAA Division III Outdoor Track and Field Championships. The distance broke the national meet’s 44-year-old record in the event.