A couple days ago, we shared a story about 9-year-old Karleigh who calmly scored a goal from center ice to win an iPhone 6 at a Charlotte Checkers hockey game. Today we highlight Margaret, who is 75 years Kayleigh’s senior, but shares the same dead eye aim (albeit with glasses). 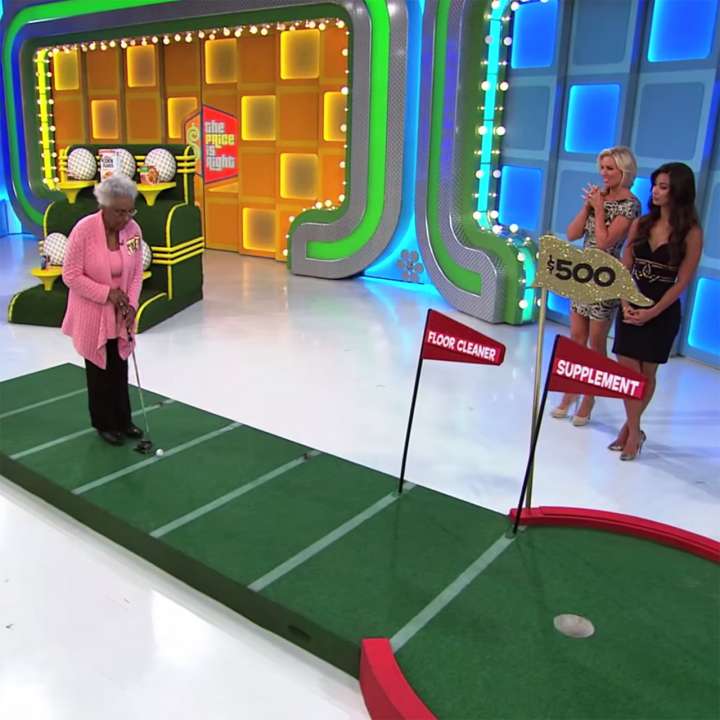 The 84-year-old The Price Is Right contestant used a sidesaddle golf stroke to sink a 10-foot putt to win a new $16,000 car. Not a bad afternoon’s work on the game show circuit.

Host Drew Carey didn’t too badly himself — he used an orthodox putting stance to sink a demonstration putt on the first try. Speaking of Carey, he made a short trek between studios for a surprise April Fools’ Day cameo on Let’s Make A Deal where he upped his value from $79.95 to $10,000.