Invisible Box Challenge: Pantomime makes a comeback with step-up (and over) illusion

Invisible Box Challenge: Pantomime makes a comeback with step-up (and over) illusion

The oft derided art of pantomime made a wholly unexpected comeback with the advent of last year’s Invisible Box Challenge, in which participants attempted to step on top and over an imaginary platform. 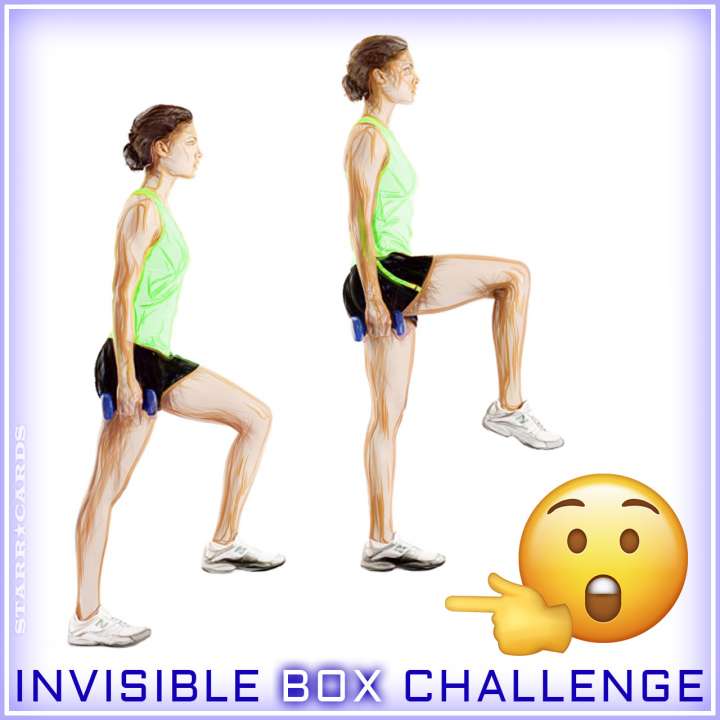 When done correctly, the challenge is a sight to behold, due to that which can’t be beholden…

Dontez Hines, a football player for the Anderson University Ravens, kicked off the Invisible Box Challenge as a meme with a video that was retweeted tens of thousands of times.

But the challenge went truly viral after telegenic Manvel, Texas high school cheerleader Ariel Oliver posted a video of herself performing the stunt on the sideline at a football game.

but wait, there's a pt 2 pic.twitter.com/b8JBgeRZdh

With the help of one her fellow cheerleaders, Oliver even took the challenge a step farther (or step less?).

In Antoinette Portis’ award-winning children’s book Not a Box, she writes, “A box is just a box… unless it’s not a box.” That contention is ably demonstrated in the compilation shown below of myriad challengers strutting their invisible-box stuff to music.

While it remains to be seen if the Invisible Box Challenge will ultimately rank when compared to earlier fads — see: Ice Bucket Challenge, Harlem Shake, Running Man Challenge, and Mannequin Challenge — for now it is defying gravity one step at a time.