Omar Epps hasn’t got anything on Alex “Superman” Johnson. Johnson, a former guard for the North Carolina State Wolfpack, used a game of one-and-one with girlfriend Brey Dorsett as the pretext to pull off a scene that rivals the most romantic from Love and Basketball.

During the game, Johnson was using his superior size and speed to dominate Dorsett, when he suddenly crumpled to the court with an apparent leg injury. As Dorsett and friends moved in to check on Johnson, he popped up on one knee to produce an engagement ring. 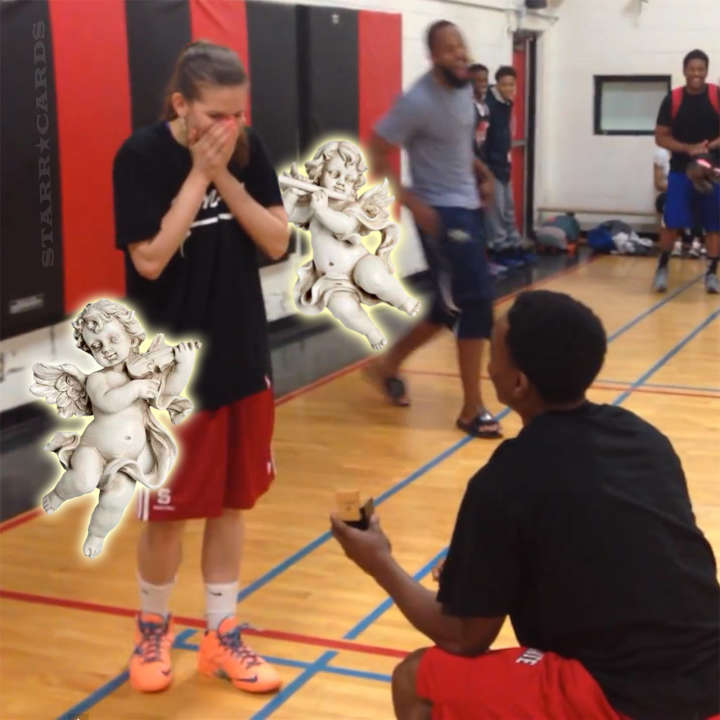 Dorsett accepted Johnson’s marriage proposal, although she insisted on finishing their game and rightly demanded possession of the ball.

Thank you to all for the love and support from everyone!!! It's all because of Gods grace and mercy that this engagement happened !!

The proposal game was likely just one of many interesting on-court battles that will be contested between Johnson and Dorsett in years to come. Johnson currently plays for the Saint John Mill Rats of the National Basketball League of Canada, while Dorsett formerly played basketball at Johnson C. Smith University — and from the looks of her highlight tape, she’s got game.