This season notwithstanding, Philadelphia Flyers fans remain hopeful that captain Claude Giroux can lead the franchise to its first Stanley Cup since it won back-to-back championships in the mid 1970s. The Canadian-born captain isn’t resting on his laurels… 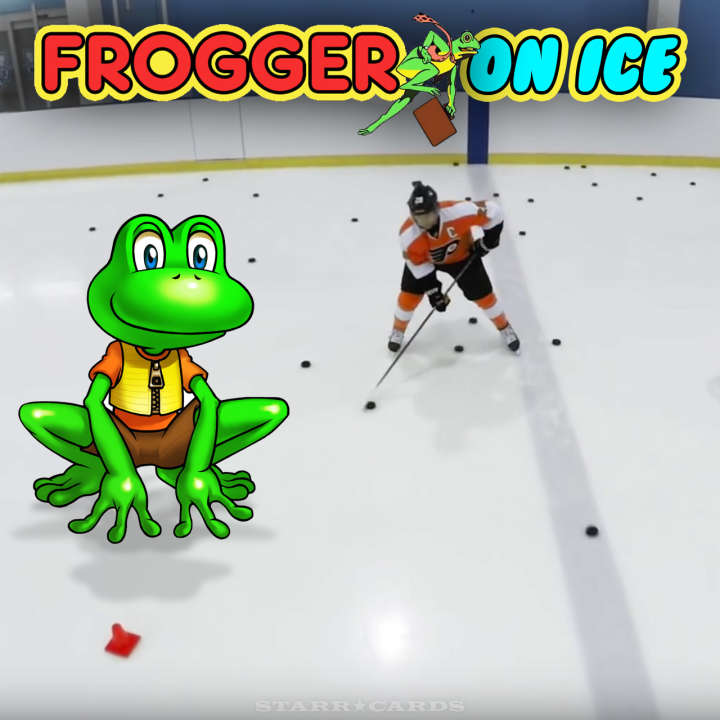 The highlight of the video comes as the Flyers center expertly controls a puck through an onslaught of opposing pucks sent in his direction. The result is a drill that looks like it was inspired by the 80s arcade game Frogger.

Since the 2012 lockout, the main lady in Giroux’s life has been Ontarian cutie pie Ryanne Breton. The pair got engaged in late 2016, and finally tied the knot last year.

Breton utilized their protracted engagement to train the ginger-haired hockey star to unfailingly catch Pepperidge Farm Goldfish crackers in his mouth — as evidenced in a recent Instagram posting. Hmmmm, frog-like hockey skills and seal-like feeding habits… what’s next? Is a trade to the Penguins imminent?

Giroux, a five-time NHL All Star, has compiled an impressive highlight reel during his eleven seasons with the Flyers. In 2012, he became the first Flyer since Eric Lindros to make the cover of an EA Sports NHL video game.