Mike Modano, who is the all-time goal-scoring and points leader among American-born NHLers, is the Minnesota/Dallas Stars all-time leader in Point Shares with 144 for his career. Among the center’s many accomplishments with the Stars, Modano helped the team win the 1999 Stanley Cup, playing all six games of the finals despite breaking his wrist in the second game. 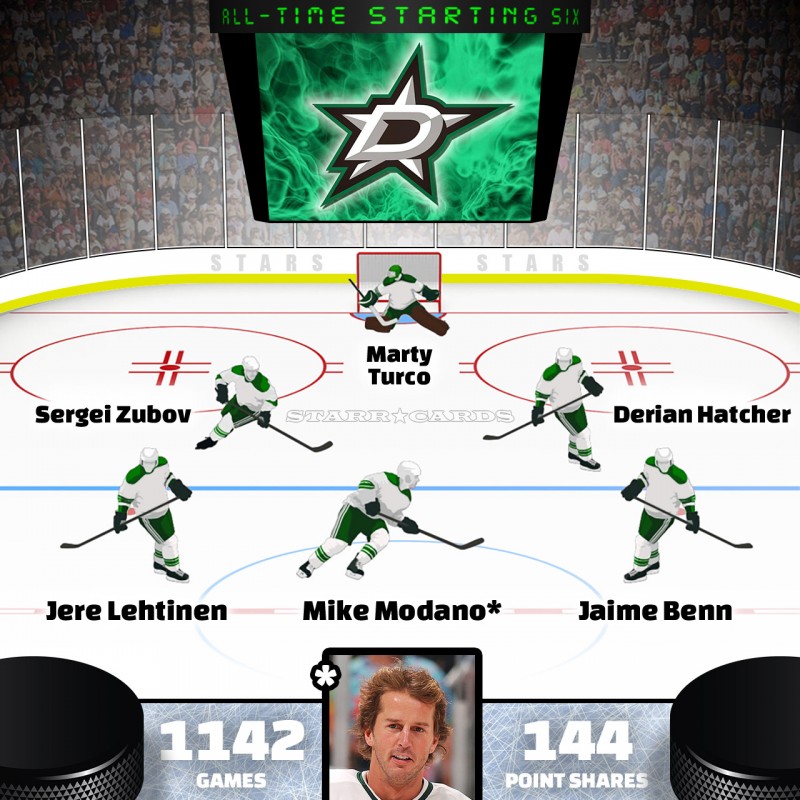