Draymond Green’s penchant for unleashing high kicks on the basketball court has left the Golden State Warriors forward with a reputation more befitting an MMA star, than an NBA All-Star.

Opposing players may one day resort to donning protective head and shoulder gear as there seems to be no limit to how high Green will let his sneakers fly. Back when current teammate Kevin Durant was playing for the Oklahoma City Thunder, Green somehow managed to kick the seven-footer in the shoulder.

''I didn't know the people in the league office were that smart when it came to your body movement. I'm not sure if they took kinesiology and all this stuff for their positions to kind of tell you how your body is going to react when you get hit at certain positions.''

After Green was tagged with a flagrant foul this season for an “unnatural act” (wherein he kicked Houston Rockets guard James Harden in the head), he questioned the ability of league officials to understand the way the body moves. 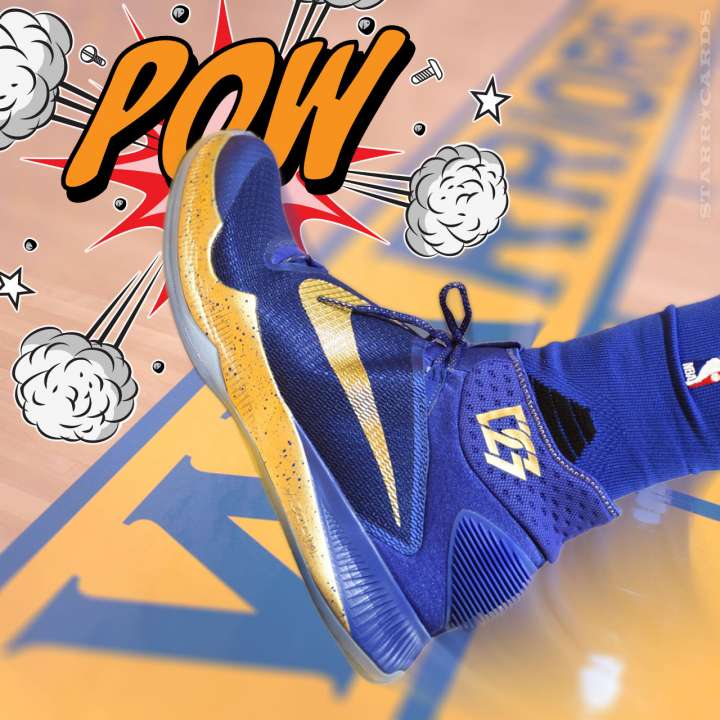 As for the shoes that ensconce Green’s size-fifteen feet, he has recently been opting for Nike Zoom HyperRevs after wearing LeBron Soldier IX and Soldier VIIIs earlier in his career.

Green’s fouls haven’t been limited to his wildly-flailing feet. He’s also been known to grapple and toss a few elbows as well…

Despite the sometimes sensational nature of Green’s fouls, he isn’t even in the top 30 NBA players in personal fouls per 48 minutes played this season. Technical fouls, on the other hand, are another matter. He is currently tied with fifth most this season with five, three fewer than league leader DeMarcus Cousins of the Sacramento Kings.