The bulk of the Boston Celtics league-leading 17 championships came during a ridiculous run of 11 titles in a span of 13 years between 1957 and 1969. The Lakers are just behind with 16 titles, five of which were won in the 1980s with the Showtime team starring Magic Johnson. The Chicago Bulls collected all six of their titles in the 1990s with high-flying Michael Jordan leading the way. 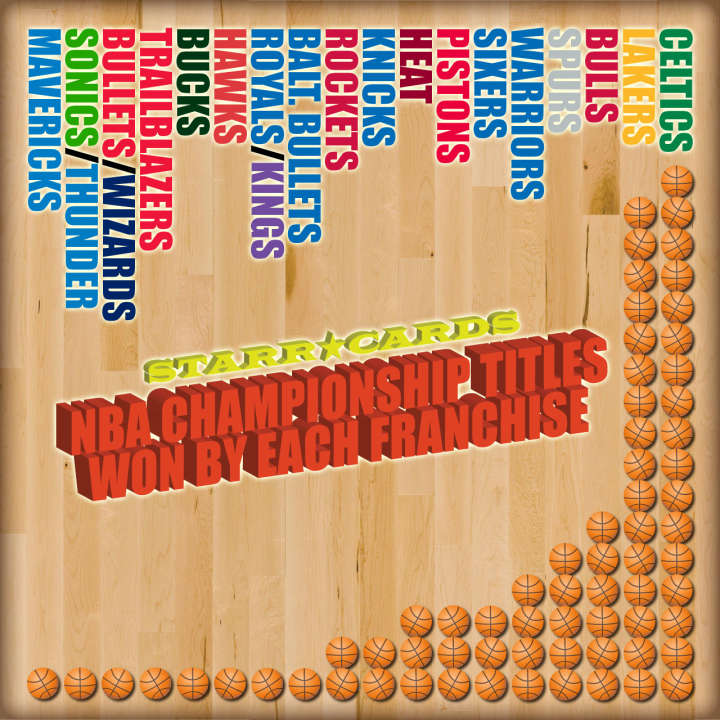 LORD OF THE RINGS

It should come as no surprise that the player with the most championship rings played for the Boston Celtics — namely, longtime center Bill Russell. Russell has more rings than fingers, and it’s likely his record of eleven championships will never be challenged in today’s parity facilitated by the luxury-tax and draft lottery.

Bill Russell with his 11 rings. pic.twitter.com/Mnb3tZdwPe