When you’re making millions of dollars a year, you can afford a one-of-a-kind, over-the-top groom’s cake. For his wedding to Ashli Dotson last week, Tampa Bay Buccaneers wide receiver Mike Evans — a connoisseur of all things Harry Potter — enjoyed a towering Hogwarts-themed cake. 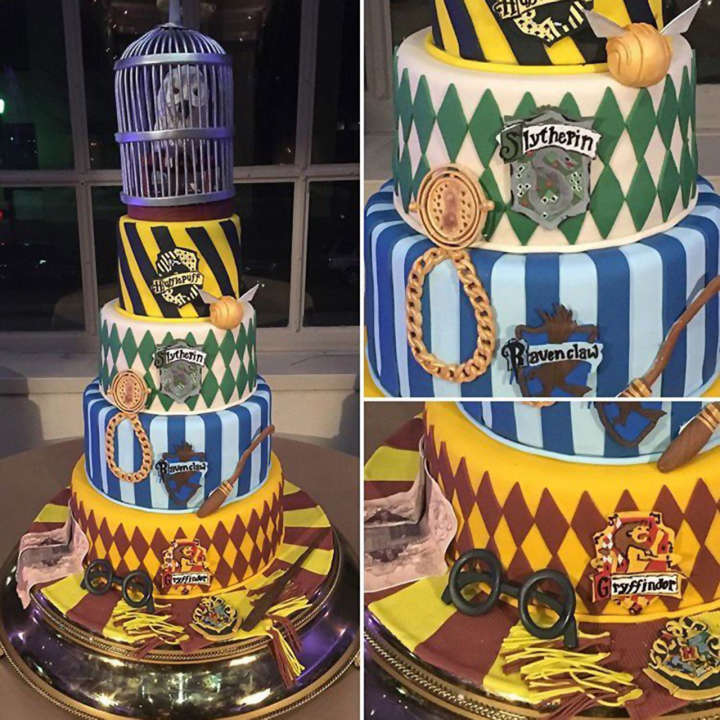 The cake features a separate tier for each of Hogwart’s four houses, with Gryffindor forming the base layer, followed by Hufflepuff, Ravenclaw and Slytherin. The colorful creation is topped by Harry’s beloved snowy owl, Hedwig.

Dotson, now Ashli Evans, was as surprised as anyone when learning of Evans’ affection for J.K. Rowling’s fictional boy wizard.

Demonstrating magic on par with that of Severus Snape, Evans was able conjure up Johnny Manziel at the wedding — and the Browns quarterback rapped.

No word yet as to whether the former Aggies teammates used a Quidditch ball to recreate their famed touchdown play versus Alabama.