While the NFL and reborn XFL are fueled by widespread media coverage as the nation’s pro football leagues, hundreds of other competitive leagues operate on 110 volts and play out on tabletops from coast to coast. Welcome to the buzzy world of electric football…

Join us, as Thurston Fife of the Electric Football League shares unboxing videos of the three most-popular sizes of tabletop football offered by Tudor Games.

When you’re ready to field your own miniaturized team of turf warriors, there are plenty of choices to fit your budget (and tabletop)…. 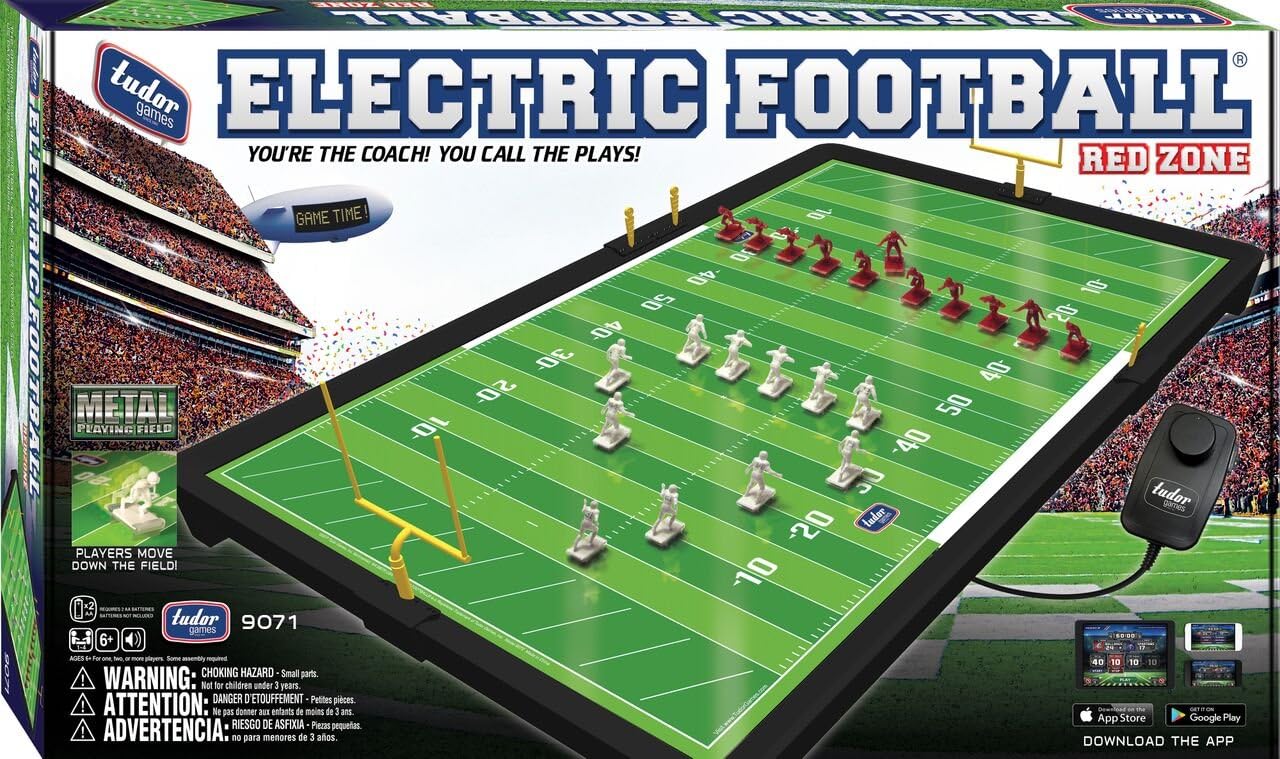 Tudor Games’ Red Zone Electric Football is their entry level offering, with a field measuring a compact 13 inches wide and 24 inches in length. It’s the perfect size for younger coaches wising to get their feet wet in electric football game play. 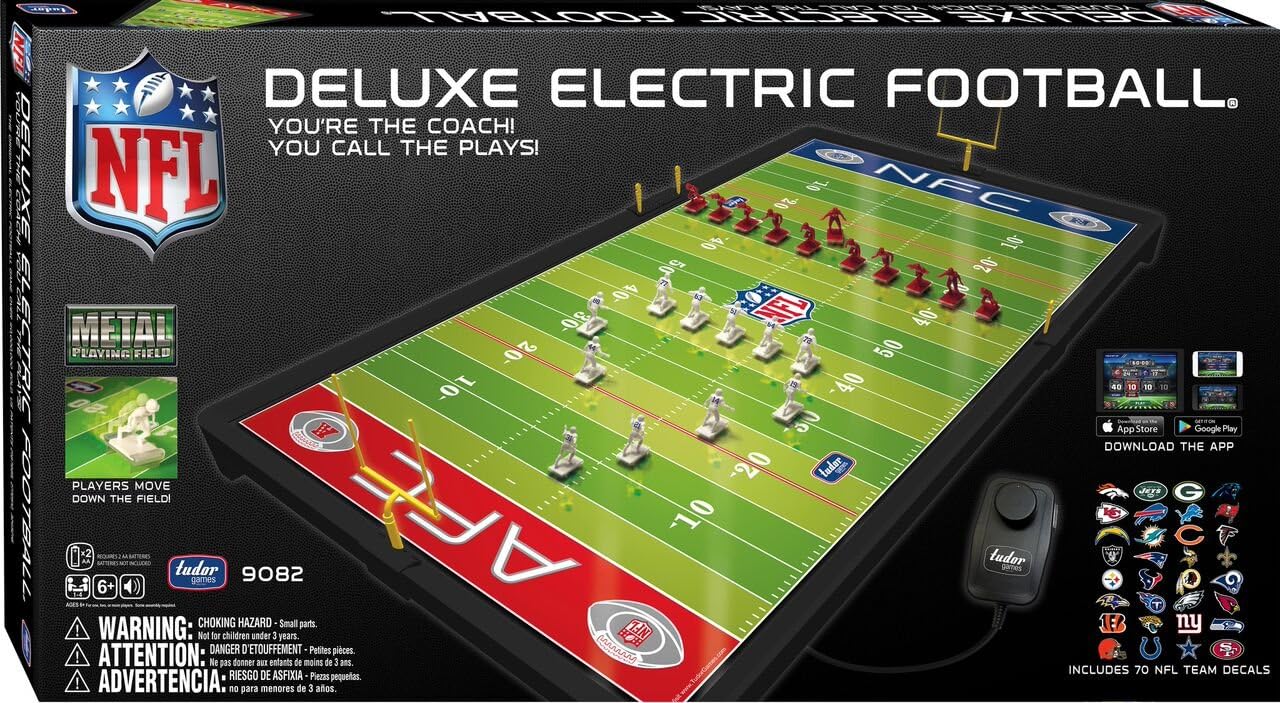 For those looking for a little more shoulder room to run their plays, NFL Deluxe Electric Football is the next size up with a 16×32″ field. It may not sound significantly larger, but it actually amounts to a 64% increase in playing area. 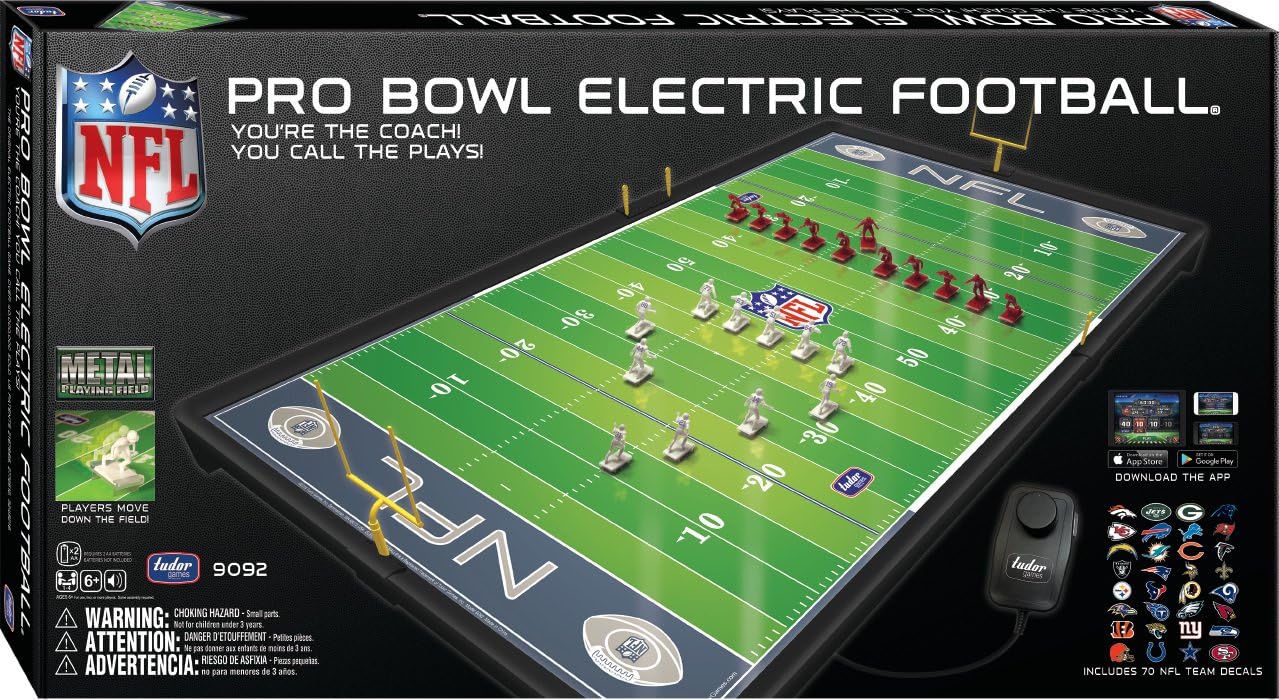 Seasoned coaches will want to consider the spacious playing field that is the centerpiece of Tudor’s NFL Pro Bowl Electric Football game. This beauty measures an impressive 18 inches wide and a full three feet in length. 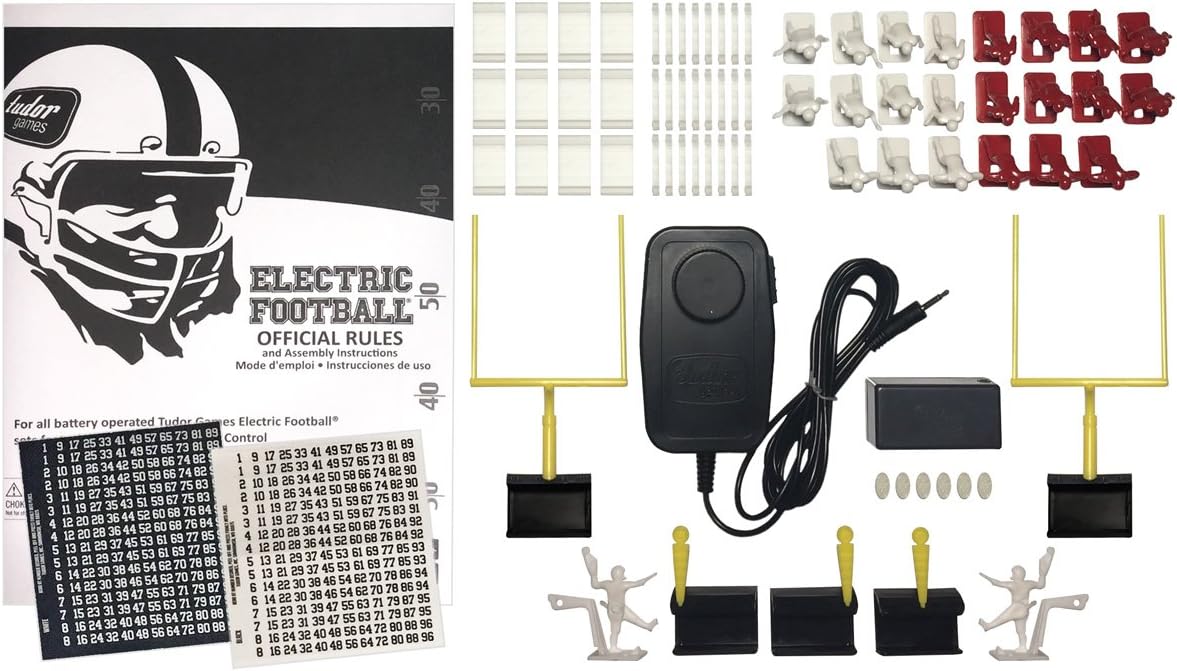 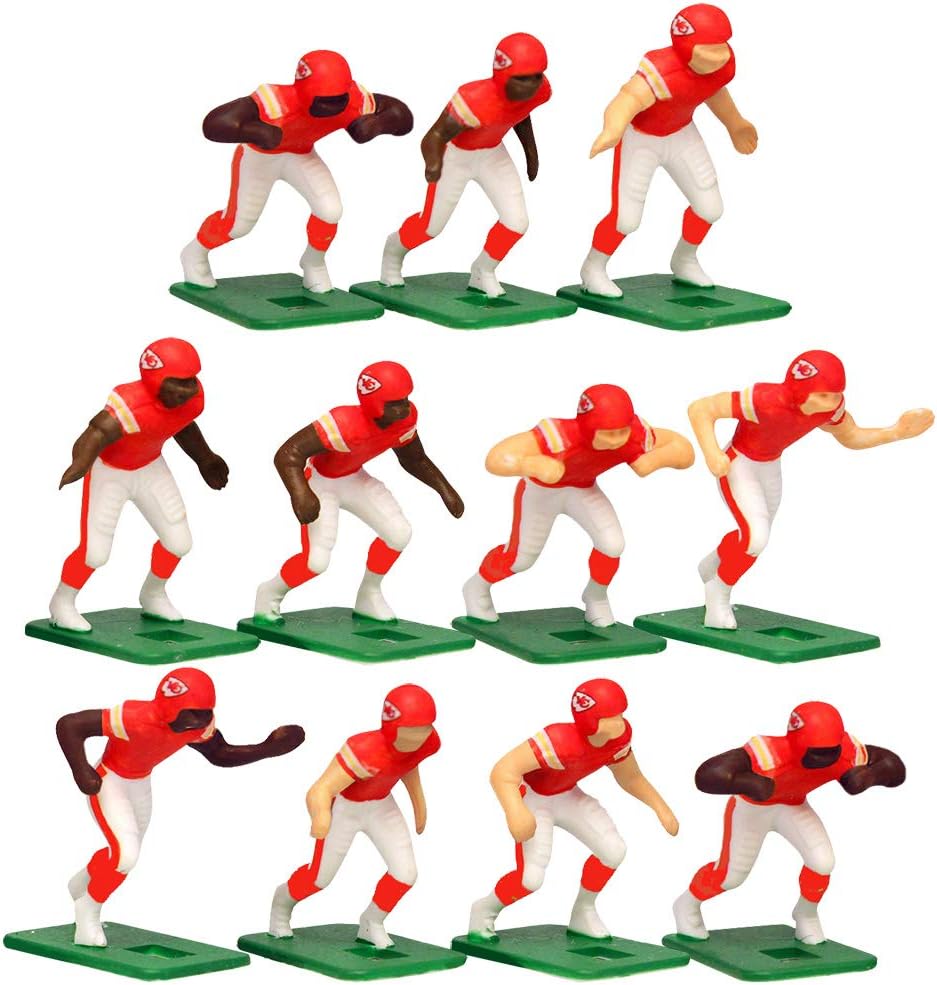 For those wishing to push their game into a greater level of realism, inexpensive NFL team packages can be picked up with the figures painted with realistic home and away colors.