At least one thing is resolved betwixt the Buckeyes’ three top-flight quarterbacks — namely, which has the swaggiest iPhone. Cardale Jones tricked out his phone with a scarlet body and grey logo, and had his nickname and initials engraved in a cursive script.

It's levels to this swagg ish pic.twitter.com/5dolm8almv

You don’t have to be a future first-round NFL draft pick to deck out your iPhone. A number of services can swap your phone’s outer metallic shell for a custom color.

Jones’ “12 Gauge” nickname is based upon his jersey number and big-gun of an arm. Recently the Ohio state legislature helped elevate the moniker above his many others, by including it in an official commendation for his ‘outstanding service to Glenville, The Ohio State University and the State of Ohio.’ 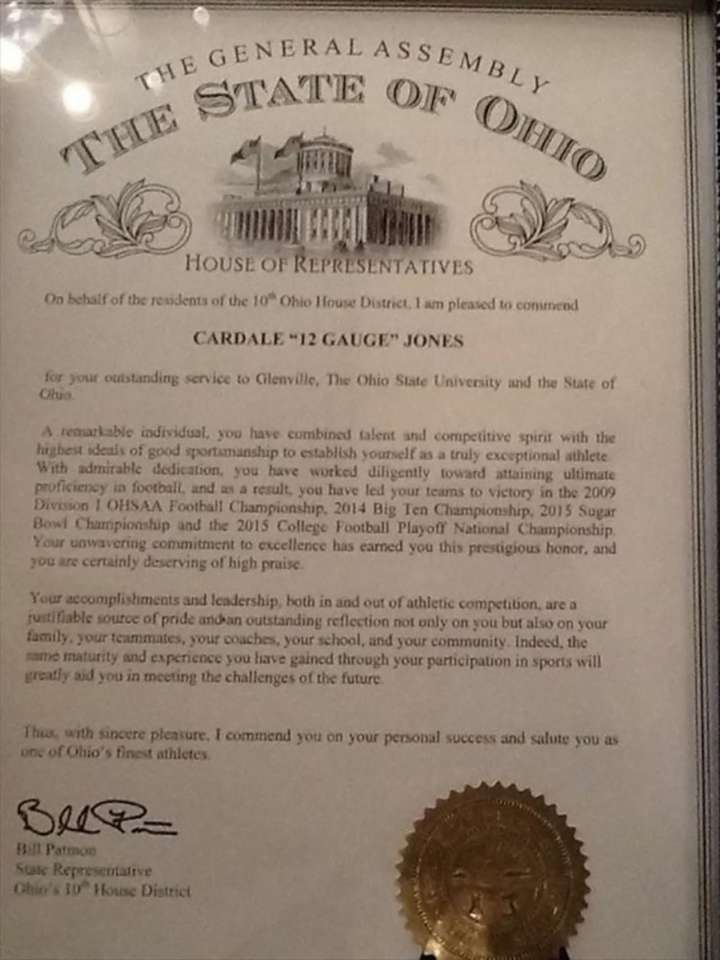