Check out the top ten weirdest college mascots, from Sammy the Slug to Keggy the Keg

Check out the top ten weirdest college mascots, from Sammy the Slug to Keggy the Keg

When choosing mascots, the vast majority of schools opt for characters that embody in equal parts fierceness, courage and menace, but some schools stand apart from the masses and go a wholly different route. 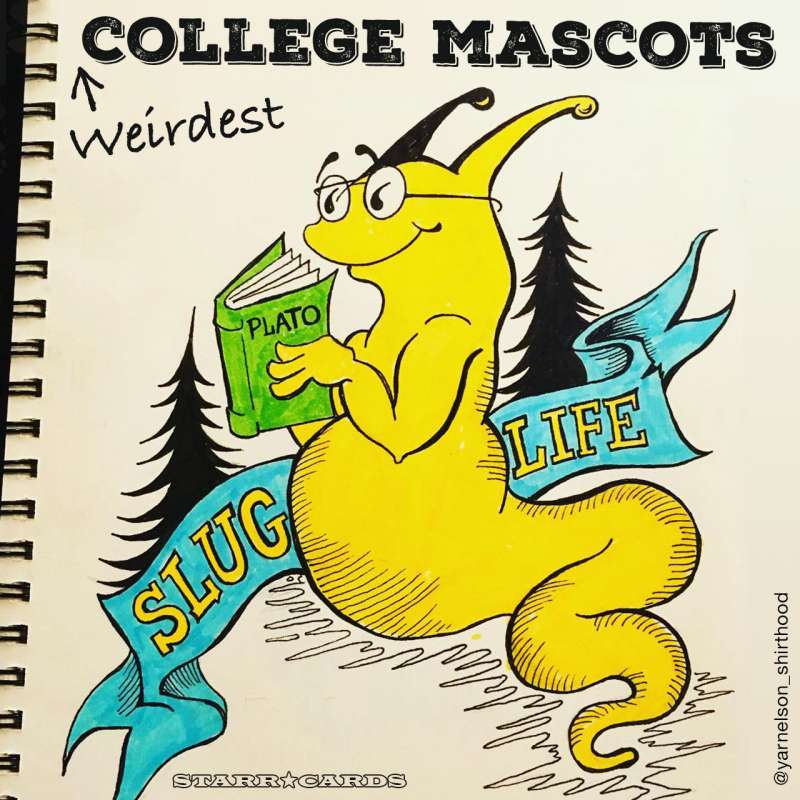 Here are the top ten weirdest college mascots, including a fluorescent-yellow, scholarly slug, fighting foodstuff and a slimy mollusk…

In keeping with the University of North Carolina School of the Arts’ creative orientation, the students chose a pickle as their champion. Peter the Pickle is a man-sized gherkin bedecked in shakespearian attire, including a ruff topped with a piano keyboard.

The University of Arkansas at Monticello eschewed lions, tigers and bears to choose a boll weevil to represent its sports teams. The male mascot is known as Weezy the Boll Weevil while the fetching female is named Blossom the Boll Weevil.

The banana slug, a bright yellow, slimy, shell-less mollusk commonly found on the redwood forest floor, had been the unofficial mascot for University of California at Santa Cruz coed teams since the university’s early years. In 1986, students overwhelmingly supported the slug over the chancellor’s pick, a sea lion, as the official mascot and Sammy the Slug has been pacing the sidelines ever since.

The geoduck (pronounced “gooey duck”) is a large clam native to the west coast of North America and serves as the mascot for The Evergreen State College. The geoduck has a small shell compared to the soft part of its body, which it cannot retract into the shell — as seen in the above photo of Speedy the Geoduck.

The Grays Harbor College mascot, in use since the early 1950’s, has in recent years become a common entry in “Top 10” lists for weirdest or most unusual mascots in the country. Despite his name, Charlie Choker is not a menace to necks, but a choker setter — a logger who attaches cables to logs for retrieval by skidders or skylines.

An important part of the Scottsdale Community College’s history is encapsulated in its artichoke mascot. Born during a period of student unrest in the early 1970s, Artie the Artichoke was adopted as the school’s mascot to express a difference of opinion concerning budget priorities. Originally intended to be a source of embarrassment, Artie has been embraced by students, athletes, staff, and the community as a beloved character.

Serving as Texas Christian University’s mascot since 1887, the horned frog is actually a horned lizard, which is native to Texas and is one of about 14 North American species of “spikey-bodied reptiles”. The costumed mascot made its debut at sporting events in 1979 and is known as Super Frog.

In 2003, Keggy the Keg was introduced by writers for Dartmouth College’s Jack-O-Lantern humor magazine, and he was quickly embraced by student’s as the school’s unofficial mascot. The anthropomorphic keg represents “the most obvious Dartmouth stereotype: the beer-swilling Animal House fraternity culture.”

Stanford University’s sports teams are known as the Cardinal — a reference to the shade of red and not the bird — but the school’s unofficial mascot is neither. The Stanford Band came up with the Stanford Tree, a mostly-green, rather-ragged and unruly approximation of El Palo Alto, the iconic tree that appears on the school’s official seal.

Western Kentucky University’s sports teams are known as Hilltoppers (the campus was built on a hill), but the school’s mascot is not meant to represent a hill despite its lumpy appearance. Big Red looks like the love child of Grimace from McDonald’s and H.R. Pufnstuf, but the school takes pains to note its genderless and mute nature. 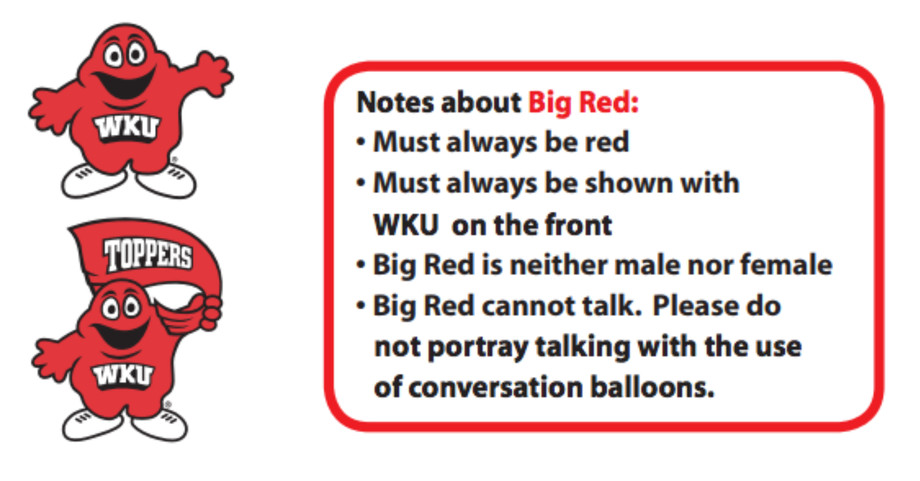