Danny Siegel stands 5-foot-8 and weighs 160 pounds. Myles Jack is 6-foot-1 of finely-hewn muscle and tips the scales at 232 pounds. Both were UCLA students, but only one starred at linebacker for the Bruins football team. The other one was running for General Representative and had a unique idea for promoting his campaign platform.

Siegel suited up and had the All-Pac-12 linebacker lay him out with a vicious hit on the gridiron — all to bring attention to Siegel’s main platform plank of having Bruins away football games broadcast on the Pauley Pavilion Jumbotron. 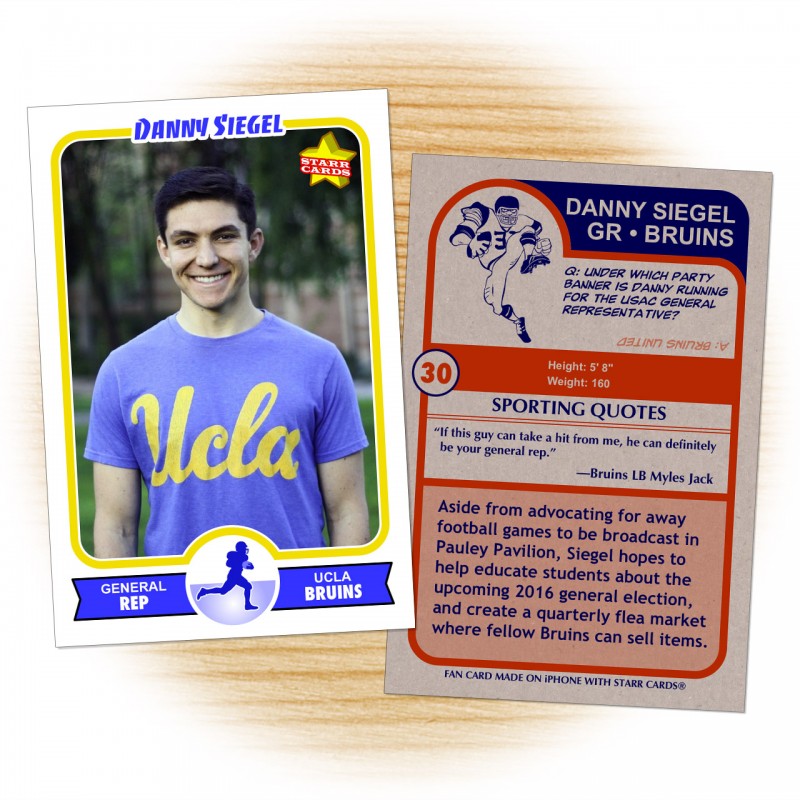 For his efforts, Siegel was both literally and figuratively flattened, as he got his own football card complete with a one-of-a-kind endorsement from Jack.

For football fans that may not be familiar with Jack, he was named Pac-12 Conference Defensive and Offensive Freshman of the Year after the precocious linebacker was unexpectedly called into action as a running back.

ESPN ran a piece detailing how the Bruins turned to Jack at RB after injuries sidelined the regulars. Jack now plays for the Jacksonville Jaguars back at linebacker.