After partnering with VICE Sports on a Cuban video, Carmelo Anthony paired up with their film crew a second time during his recent junket to Puerto Rico. While Anthony was born in Brooklyn, and honed his basketball skills in Baltimore, he long ago developed a natural affection for his father’s island birthplace and its people — he even sports a Puerto Rican flag tattoo on his right hand.

Anthony strolled through the streets of La Perla with raggaeton legend Tempo, fresh out of prison after serving a 12-year stint for drug trafficking. The two stopped by one of the basketball courts gifted by Anthony to an impoverished neighborhood. Later, the Knicks star visited the stadium that his Puerto Rico FC NASL team will eventually call home. 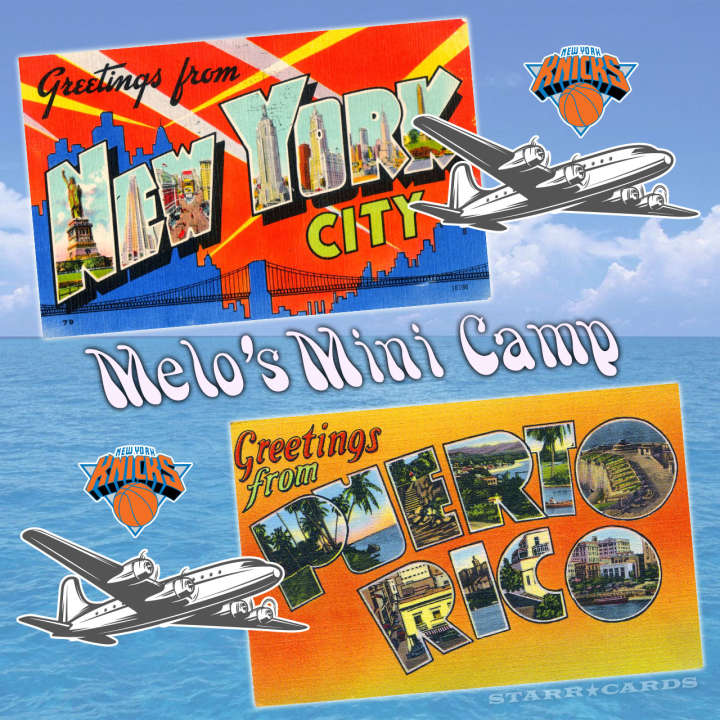 Aside from his leisurely meandering about the economically-challenged island, Anthony chose Puerto Rico as the location to host a Knicks mini camp. The team’s 7’1″ lottery pick Kristaps Porzingis, and fellow rookie Jerian Grant, got to take the court for some additional practice before the official training camp which began two days ago in West Point, New York.

After suffering through a disappointing 2014-15 season in which the team won a franchise-low 17 games, Anthony has his mojo back in full effect for the upcoming campaign.

''People might not believe that, but we're definitely competing for a title. That's always going to be the goal. Whether we get there or not depends on us and what we're doing. That's always our big-picture goal.''