Alternative facts aren’t limited to the political class, as from the time immemorial regular folk have been prone to fib about their height, weight, and age.

With regards to height folks almost invariably are tempted to add an inch or two, but some NBAers — namely Kevin Durant and recently-retired Kevin Gartnett — take the opposite tact. Both men shave a couple inches off their “official” measurement, whereas Kevin Love takes the more traditional route in exaggerating his stature (as does J.J. Barea). 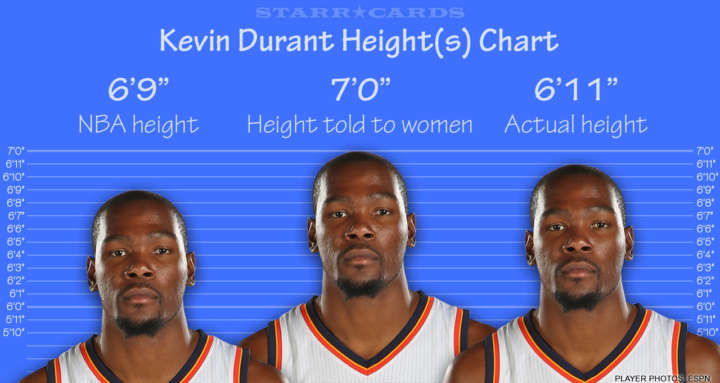 Durant committed to a uniform changes when he left the Oklahoma City Thunder for the Golden State Warriors and now Brooklyn Nets, but his reported height also varies depending on his audience. He stands 6’11”, but likes to be listed at 6’9″ on game programs because he prefers being thought of as a small forward rather than a power forward. However, when he’s flirting with the ladies, he rounds his height up to seven feet even. 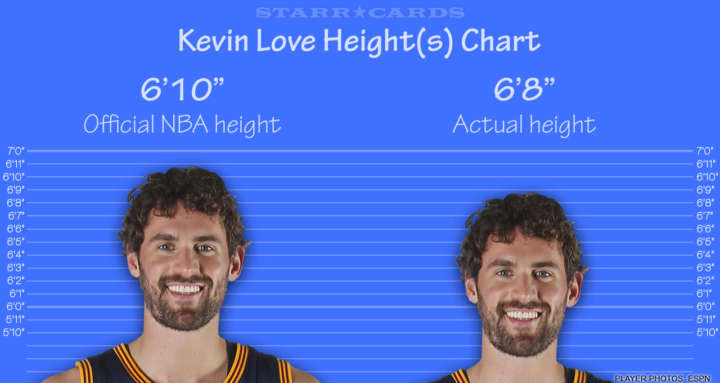 Love was measured at 6’7.75″ at the time he was drafted into the NBA and nobody is convinced he has grown since then — despite being officially listed by the Cleveland Cavaliers at 6’10”. 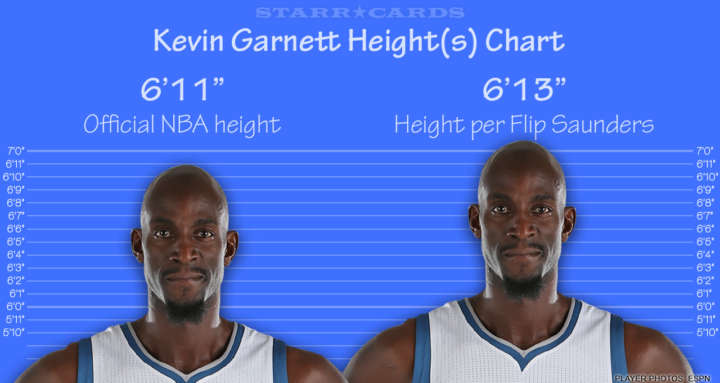 Garnett, like Durant, liked to round his height aggressively down during his playing days. He’s reportedly north of seven feet tall, but he was listed at 6’11” by the NBA. Alluding to the discrepancy, one-time Minnesota Timberwolves coach Flip Saunders like to say that Garnett was six-foot-thirteen. 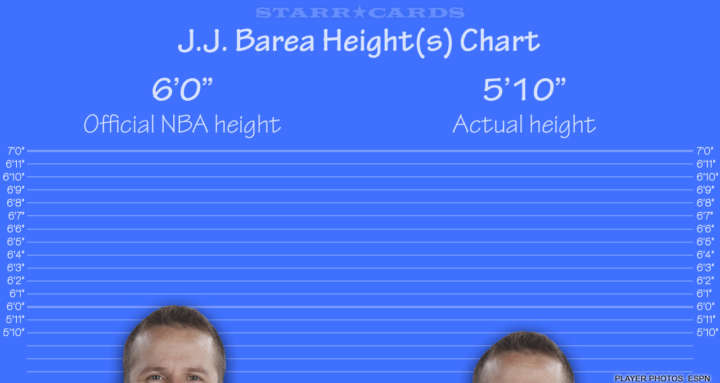 In a professional league where the average player stands 6-foot-7, one could hardly blame Dallas Mavericks guard J.J. Barea for wanting to stretch the truth a wee bit. While he claims to have never tried to influence his listed height, it is nonetheless two inches greater than his measurement in bare feet.