Dunking from beyond the 3-point line? World record holder makes it look easy with trampoline

Dunking from beyond the 3-point line? World record holder makes it look easy with trampoline

For years the free-throw line has defined the outer reaches of long-distance dunking, with Julius Erving‘s effort at the 1976 ABA All Star Game setting the bar for future generations. But now long-leaping pioneers are looking to push the boundaries to new frontiers…

On the set of Lo Show Dei Record in Milan, Italy, Jordan Ramos broke his own world record for Longest Slam Dunk From a Trampoline when he flew through the air 32 feet 9.7 inches (10 meters) before sneaking the ball through the hoop. 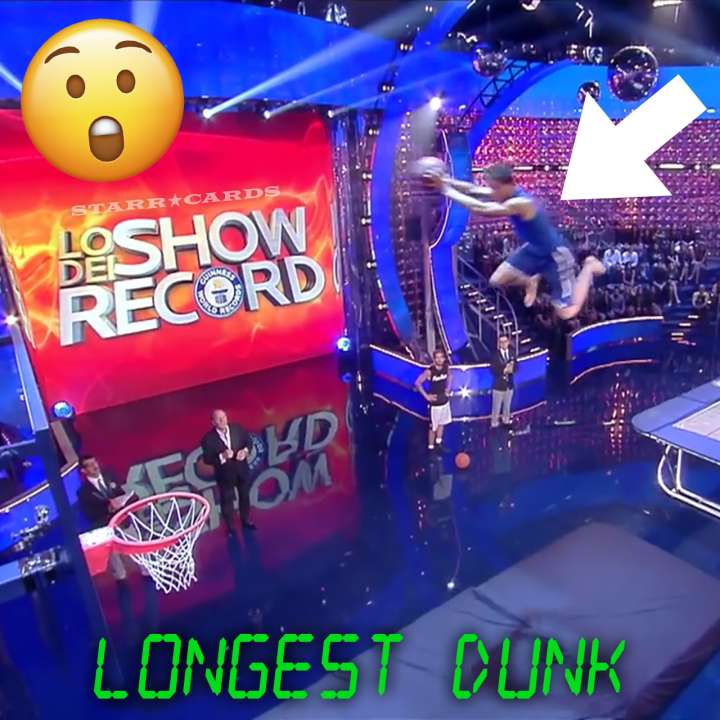 Later, back in his home country, Ramos again broke his own record. At the English Institute of Sport in Sheffield, UK, the fearless daredevil executed a high-flying dunk from just .34 inches shy of 33 feet (10.05 meters).

Ramos’ dunk record, which is the equivalent of taking flight more than 15 feet behind the free-throw line, has inspired ambitious hoopsters to dream of a 3-point line dunk unaided by a trampoline.