Even the best defensive professional baseball teams are prone to making the occasional error, but when two are committed on the same play it finds its way onto highlight reels. 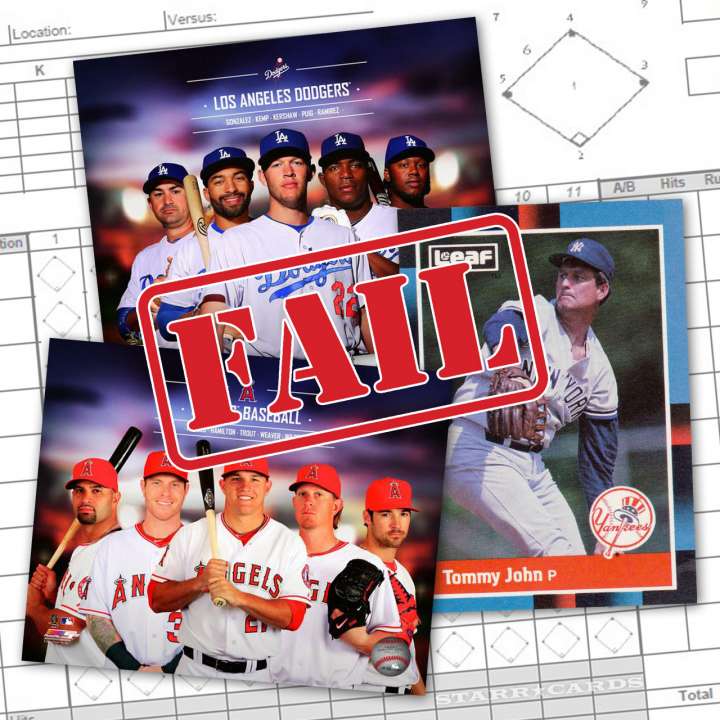 However, when three errors occur on a single play, it becomes the stuff of legend. What follows are three such examples courtesy the New York Yankees, Los Angeles Angels and Los Angeles Dodgers.

July 27, 1988: In what still stands as the most error-riddled sequence by a single player in MLB history, Yankees pitcher Tommy John committed three consecutive gaffes starting with his inability to cleanly field a weakly-hit squibber. Johns’ defensive melt down allowed both Jim Gantner and Jeffrey Leonard to score for the Brewers.

April 20, 2014: Ian Kinsler’s attempt to steal second against the Angels led to the Tigers scoring a run as he hustled home while the Halos thrice blundered. Miguel Cabrera, who was walked on the play, was able to advance to second during the epic defensive lapse.

September 8, 2014: After catching a fly ball hit to shallow centerfield, Yasiel Puig’s errant throw to first was followed by two more Dodgers’ errors, allowing both Yangervis Solarte and Rymer Liriano to score for the Padres.